TEHRAN, October 25 -Two US House committees will conduct a formal investigation into a 2010 deal that saw 20 percent of America’s uranium supply being sold to a Russian mining company, amid accusations that bribes were paid to then Secretary of State Hillary Clinton. 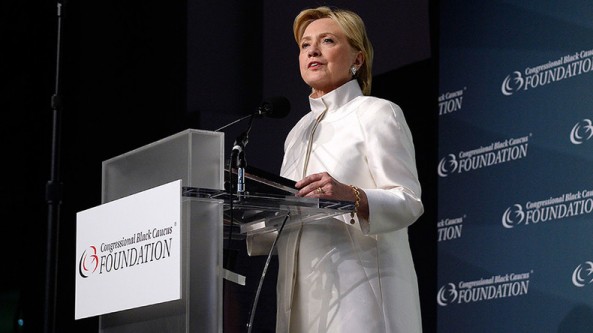 TEHRAN, Young Journalists Club (YJC) -Two US House committees will conduct a formal investigation into a 2010 deal that saw 20 percent of America’s uranium supply being sold to a Russian mining company, amid accusations that bribes were paid to then Secretary of State Hillary Clinton.

Representative Devin Nunes (R-California), Chairman of the House Intelligence Committee, announced the investigation into the deal at a news conference Tuesday.

“We’re not going to jump to any conclusions at this time, but one of the things as you know that we’re concerned about is whether or not there was an FBI investigation, and if so, why was Congress not informed of this matter,” Nunes said.

Nunes, who previously stepped down from the investigation into alleged Russian meddling in the 2016 election, said the probe into Uranium One would be conducted by the House Intelligence Committee and the House Oversight Committee.

The Uranium One deal involved selling part of a Canadian-based mining company to the Russian nuclear corporation Rosatom, giving the company control of more than 20 percent of America’s uranium supply. It was negotiated under the administration of President Barack Obama. Clinton, who was Secretary of State at the time, had to approve the deal in the Committee on Foreign Investment in the United States (CFIUS).

The investigations were sparked by a report from The Hill last week, which claimed the FBI had uncovered “substantial evidence” that officials with the Russian atomic energy agency had bribed an American uranium trucking firm called Transport Logistics International before the Uranium One deal was approved.

The FBI also claimed it uncovered evidence that Russian nuclear officials had funneled “millions” into the Clinton Foundation.

President Donald Trump repeatedly blasted the deal on the campaign trail, saying that Clinton “was paid a fortune” for setting up the sale.

Trump recently called out the mainstream media for ignoring “one of the big stories of the decade.”

“If the mainstream media would cover the uranium scandal and that Russia has 20 percent of uranium for whatever reason, and a lot of people understand what those reasons may be, I think that's your Russia story,” Trump said, referring to accusations by Clinton that his campaign had colluded with Russia to somehow steal the 2016 presidential election.

Clinton fired back Friday, calling the allegations “baloney,” adding, that there has been “no credible evidence by anyone.”

“In fact, it’s been debunked repeatedly and will continue to be debunked,” Clinton said during an interview on C-Span, accusing the investigation of being a partisan tactic to draw attention away from the investigation into the Trump campaign.

“I’m their favorite target. Me and President Obama, we are the ones they like to put in the crosshairs," Clinton said. "I think the real story is how nervous they are about these continuing investigations.”

The Department of Justice allegedly began investigating the matter in 2010, without informing the American public or Congress, The Hill reported.

After that report was published, the Senate Judiciary Committee launched a probe into the deal. Committee chairman, Senator Chuck Grassley (R-Iowa), sent a letter to Attorney General Jeff Sessions with a request for the DOJ to lift a “gag order” on an FBI informant who was reportedly instrumental in uncovering the corruption.

Grassley claims that the DOJ, under Obama, “threatened” the informant with prosecution “if he disclosed details of his involvement in the investigation.”