TEHRAN, October 25 - Iran’s Secretary of High Council of Human Rights says Human Rights is trumpeted by countries that their hands are infected by the blood of thousands of people. 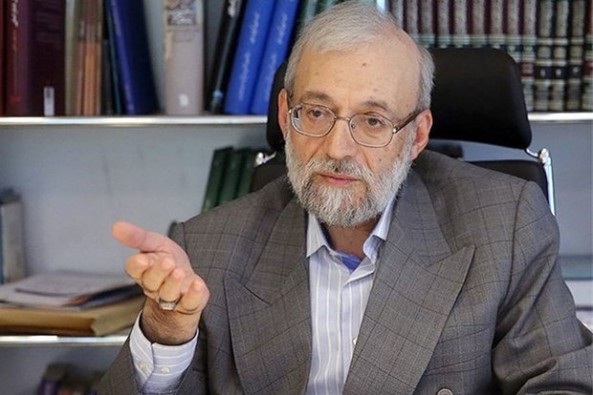 TEHRAN, Young Journalists Club (YJC) - Referring to Human Rights accusations against Iran in an IRIB TV interview, Mohammad Javad Larijani said “Human Rights is an unlucky concept for such criminals as US, UK, and France hold flags of Human Rights and have a bad record in this regard”.

He pointed out to US abnormal inspections and noted that in US any security organization could arrest any body for a long time with no judicial order.

“Racism in US is roaring and inquisition has become something normal, something that Trump has done in his surroundings” he added, “crimes of this ilk are widespread [in US] and their hands are infected by the blood of thousands of people in countries like Yemen, Bahrain, Syria, Iraq, Afghanistan; yet, US and the Westerners knows themselves as recorders of Human Rights, which is very ridiculous”.

Larijani said that Human Rights for these countries nowadays has turned into a means of achieving their international interests when are at stake.

“Yet, in Islamic Republic we have a clear and constant policy. We look at Human Right with our Islamic base; so the first key concept of Human Rights is to protect Human Dignity; no body can deprive another of Human Dignity nor can give it to another as charity, for it is a Divine gift” he asserted.

The Secretary of High Council of Human Rights stressed that Islamic Republic will not miss any opportunity to defend our nation's rights in this regard.

Now, Larijani added, it is a good time for the Islamic Republic of Iran, with all due power and with the help of the Islamic countries, and even all the countries of the world, to challenge this hypocritical secular-liberal Western dictatorship and let other cultures grow.