Oldest item ever sold: 4.5bn yo meteorite bought at auction 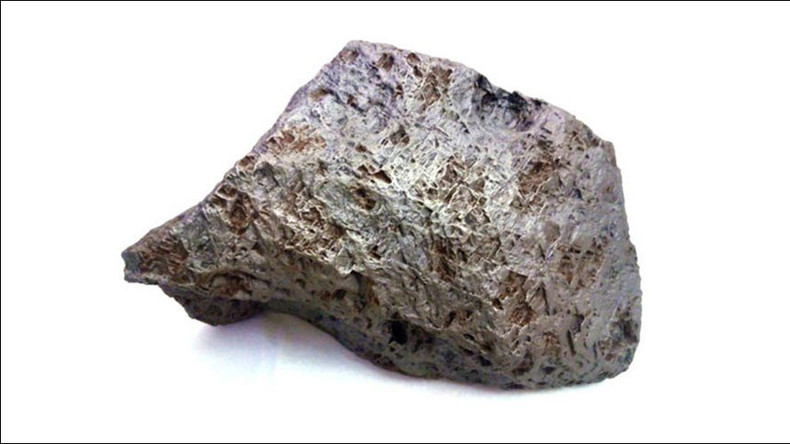 TEHRAN, Young Journalists Club (YJC) -The Muonionalusta meteorite was billed as the “oldest known meteorite on Earth” in its listing on auction site Catawiki. It weighs a hefty 26.5kg (58lbs) and is said to be excellent quality.

The space rock was found in the early 1900s near the village of Kitkiöjärvi in Sweden’s Pajala municipality. It’s part of the famous Muonionalusta meteorite collection.

Muonionalusta slammed into northern Scandinavia around 1 million years ago and around 40 pieces of it have been found in the region.

The stone attracted 25 bids before eventually being sold for €15,999 ($18,847). In addition to the meteorite, the buyer also receives a certificate of authenticity.

The item’s seller was named as Fallen Angel from Spain. Claes Hain of Catawiki said there was hope that the item would be bought by a Swede and returned to Sweden – however it’s eventual buyer was from Hungary.

“Of course, it would have been fun if the meteorite came back to Sweden, but bearing in mind that the seller was in Spain, the stone still comes a bit closer to its native origin,” Hain said to Swedish newspaper Norra Skane.

The item performed far better than another meteorite which went on sale on Catawiki in May of last year. The Hammadah al Hamra was estimated to sell for €10,000-€15,000, however, it was withdrawn after receiving a top bid of just €131.