TEHRAN, October 27 - France’s Suez, the top water provider in Spain, has temporarily moved the legal registration of its offices in Catalonia to Madrid because of legal uncertainty related to Catalonia’s independence movement. 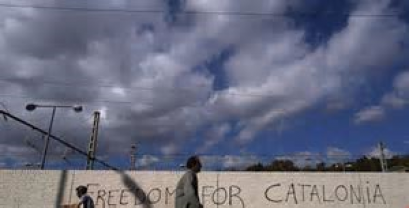 TEHRAN, Young Journalists Club (YJC) -  France’s Suez, the top water provider in Spain, has temporarily moved the legal registration of its offices in Catalonia to Madrid because of legal uncertainty related to Catalonia’s independence movement.

Suez sells water to municipal and industrial customers in Spain where last year it generated 2.5 billion euros of its 15.3 billion euro total revenue.

“We have temporarily moved the registered office of Agbar, which is the (Suez) holding company in Catalonia, to Madrid in order to protect the legal certainty of investors, because what we see now in Catalonia is uncertainty,” Chief Financial Officer Christophe Cros said on an earnings call.

He said that in 2015 Suez had already moved the legal address of the holding company owning all its activities in Spain from Barcelona to Madrid.

This was not because of politics but because the company wanted to establish a stronger presence in Madrid, as Catalonia makes up only about 50 percent of Suez’ revenue in Spain.

Cros said business in Spain in general as well as in Catalonia had been good in the first nine months of the year.

“Our business in Catalonia is to deliver water to consumers and I don’t expect any change in the need in water,” he said.In 2015, when Suez finalised its full takeover of Aguas de Barcelona (Agbar), former Agbar minority shareholder Criteria Caixa became Suez’ second-largest shareholder and now holds 5.74 percent of its shares.

Suez’ Spanish water unit Agbar - whose roots go back to 1882 - has over 12,600 staff worldwide and generated 60 percent of its revenue in Spain, the rest mainly in Chile.