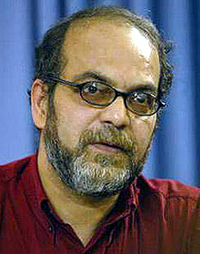 He added "This election was unique in that most voters did not have clear political demands from their winning candidate. That means that this year’s election was not like those of 2009 or May 22, 1977. In this election few people were concerned with political freedom.”

"We wanted a President who would solve economic problems, to the hell with political freedom! Political freedom is usually demanded in societies where you have acquired 5 out of ten of your life’s needs, that is, you should have a healthy livelihood. The Prophet also said ‘One with no livelihood will not have a resurrection either’,” Shamsolvaezin stated.

He asserted "When people’s money is depreciated to a third, political freedom no doubt will not be their number one concern.”

With this in mind, Shamsolvaezin believed that Esfandiar Rahim Mashaei would not have won the elections because people considered the Ahmadinejad administration responsible for their livelihood difficulties.