TEHRAN, October 27 - At least six people died and several wounded in a fire accident at Tehran Refinery south of the Iranian capital. 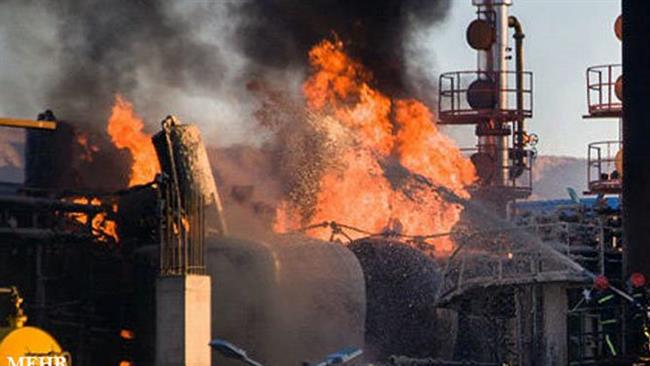 TEHRAN, Young Journalists Club (YJC) - The incident occurred when a group of engineers and technicians who were providing overhaul operations were caught in a blaze at the top of a distillation tower.

The blaze occurred due to unknown reasons. However, Iran’s IRNA news agency quoted Hedayatollah Jamalipour, the governor of Rey, as saying that a leak could have been involved.

Also, Mehr news agency quoted Jamalipour as saying that the victims were trapped at the top of the tower by what he described as a “huge” blaze.

“It was not possible to save the individuals that were doing repair operations at a high altitude from the ground,” IRNA quoted the official as saying.

Meanwhile, Fars news agency quoted Hamid-Reza Jafari, the head of Tehran Refinery Public Relation Department, as saying that the victims of the accident were still being identified, suggesting that their bodies had been charred beyond recognition.

At least two were reported to have been wounded with serious injuries.

Mehr news agency quoted an eyewitness as saying that one had jumped down to escape the advancing blaze but had been seriously wounded.

The fire was later brought under control and an investigation was opened to determine its cause.

The Tehran Refinery was built in 1968 and has a processing capacity of above 200,000 barrels per day of crude oil piped from Khouzestan province – the heartland of Iran’s oil industry, Presstv reported.

It saw a massive blaze in January as a result of what media said was a lighting strike at an oil tank. The incident had no casualties.