TEHRAN, October 28 - Hamas’ security chief in the Gaza Strip was wounded in a car bombing on Friday in what the Palestinian resistance movement called a failed assassination attempt. 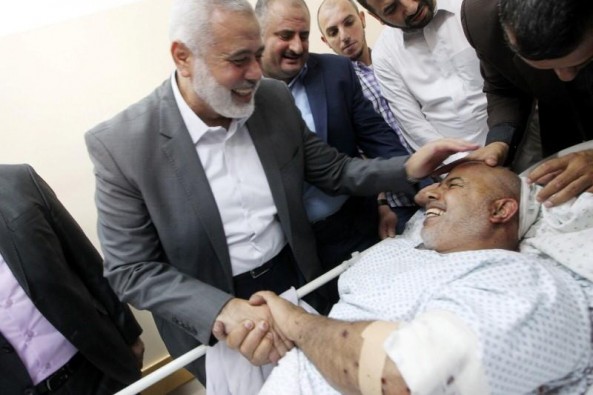 TEHRAN, Young Journalists Club (YJC) - The attack came as rival factions are trying to implement a new agreement meant to end a 10-year rift that has effectively split the Palestinian territories between Hamas in Gaza and the more mainstream Fatah in the occupied West Bank.

Tawfeeq Abu Naeem, Hamas’ head of security in Gaza and a strong supporter of the reconciliation deal, was lightly wounded when his car exploded outside a mosque, Hamas said in a statement.

Hamas, which has been quick to blame Israel for similar attacks in the past, did not say who it believed was behind the bombing, suggesting it could also be the work of a radical Salafi group that opposes the Palestinian rapprochement, Reuters reported.

Hamas has stepped up a security campaign against Salafi groups and recently detained a senior operative. Hamas also has improved ties with Egypt, which is battling extremist groups across the border in the Sinai peninsula.