Iran is eager to promote ties with Tanzania 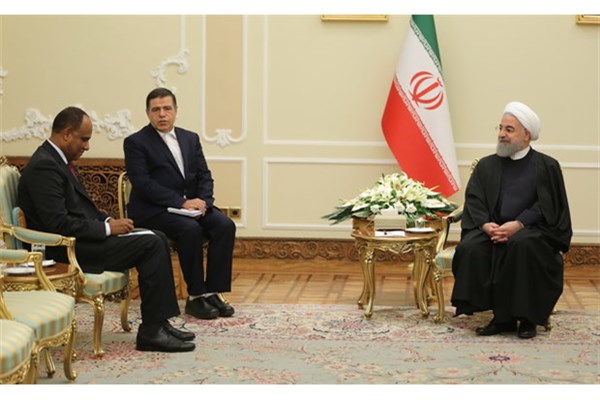 “Tanzania is an important port for connection to the east of Africa and with respect the achievements and capabilities of Islamic Republic, the development of the two countries relationships is of regional importance” Rouhani said.

He referred to mines and energy as an example of the many capability of Islamic Republic, announcing Iran’s readiness to convey its experience the African country.

Mobarak also for his part stressed the promotion of bilateral ties between the two countries and acknowledged Iran’s scientific achievements especially in energy area, hoping that his country could utilize Iran’s experiences in different areas.