TEHRAN, October 29 - Saghar and Saghi Khaghani managed to scoop one silver and one bronze at 2017 ICF Canoe Marathon World Cup held in China. 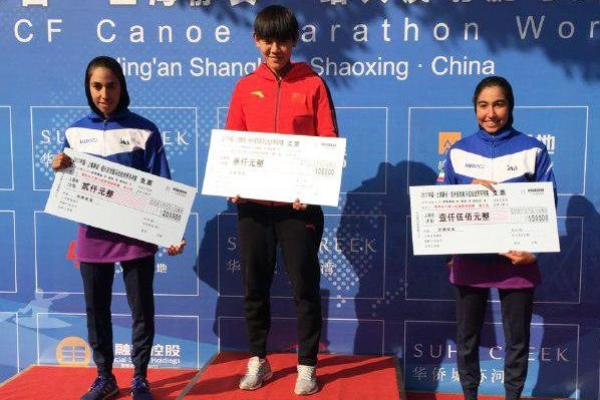 TEHRAN, Young Journalists Club (YJC) - Iran had deployed four representatives to the sportive event though only two medals were collected in girl’s sections by two female Iranian athletes who turn out to be sisters.

In the 16km marathon section, Saghar Khaghani finished second to win a silver medal while her sister, Saghi, occupied the third position to stand on top of the podium.

Meanwhile, Saghi missed the medal at 16km marathon division as she finished in the fourth place. Iran’s other representative in the same category, Padideh Pahlavanzadeh, finished seventh.

2017 ICF Canoe Marathon World Cup kicked off on October 21 in Shaoxing of China and came to an end on October 27.