TEHRAN, October 30 -Israeli forces and settlers have attacked British activists who walked from the UK to Jerusalem al-Quds in solidarity with the Palestinian nation on the centennial anniversary of the Balfour Declaration. 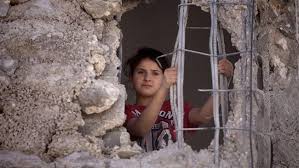 TEHRAN, Young Journalists Club (YJC)-Israeli forces and settlers have attacked British activists who walked from the UK to Jerusalem al-Quds in solidarity with the Palestinian nation on the centennial anniversary of the Balfour Declaration.

The 60 British activists arrived in Palestine after they walked for more than 135 days from the UK to apologize for the 1917 declaration by Arthur James Balfour that paved the way for the creation of Israel.

The delegation was welcomed by Palestinian officials and activists on Sunday, but Israeli forces and settlers attacked the group in the city of al-Khalil (Hebron), banning them from continuing the tour.

The deputy governor of al-Khalil, Nidal al-Ja’bari, was attacked during the confrontation while Mahdi Mor’eb, the al-Khalil governor’s adviser, was detained for several hours “at the request of the settlers,” the Palestinian Ma'an news agency reported.

The British activists' condemnation of Balfour Declaration comes while the UK government is refusing to apologize for its role in establishing the Israeli regime.

Britain’s insistence on celebrating the document has drawn criticism from Palestine, which has repeatedly called on the UK government to apologize for its role in the establishment of Israel.

Nabil Shaath, an aide to Palestinian President Mahmoud Abbas, said during an interview with Lebanon’s al-Mayadeen network on Thursday that Palestine was planning to take legal action against the UK for triggering a chain reaction that led to the displacement of millions of Palestinians.

Abbas had earlier threatened the UK with a lawsuit in case it refused to call off celebratory events linked with the Balfour declaration.

There is consensus that Israel has been in violation of a key caveat of the declaration, which states that “nothing shall be done which may prejudice the civil and religious rights of existing non-Jewish communities.”