TEHRAN, October 31 -Oil prices eased on Tuesday as traders took profits following days of gains and as the prospect of increasing U.S. exports dampened overall bullish sentiment that has driven Brent above $60 per barrel. 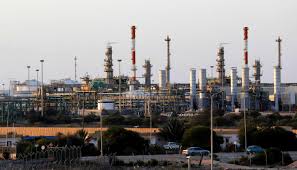 TEHRAN, Young Journalists Club (YJC) -Traders said that Iraq’s move to increase oil exports from its southern ports by 220,000 barrels per day (bpd) to 3.45 million bpd to make up for supply disruptions from its northern Kirkuk fields had also weighed on Brent.

Brent crude futures LCOc1, the international benchmark for oil prices, were at $60.76 per barrel at 0540 GMT. That was 14 cents, or 0.2 percent, below their last settlement, but still not far off July 2015-highs reached earlier this week, and up some 37 percent since their 2017-lows last June.

U.S. West Texas Intermediate (WTI) crude futures CLc1 were at $54.04 a barrel, 11 cents below their last close. But that was still near their highest level since February and up around 28 percent since 2017-lows marked in June.

Traders said there was profit-taking after crude prices rose by around 5 percent in October.

“U.S. shale output could keep a lid on prices over the medium to long-term,” said Shane Chanel, equities and derivatives adviser at ASR Wealth Advisers.

WTI’s $6.7 per barrel discount to Brent CL-LCO1=R is a result of rising American crude production C-OUT-T-EIA, which is up almost 13 percent since mid-2016 to 9.5 million barrels per day (bpd), making U.S. crude exports highly profitable.

Despite Tuesday’s price dips, market sentiment remained confident, fuelled by an effort led by the Organization of the Petroleum Exporting Countries (OPEC) and Russia to hold back about 1.8 million barrels per day (bpd) in oil production to tighten markets and prop up prices.

The pact runs to March 2018, but Saudi Arabia and Russia have voiced support to extend the agreement.

OPEC is scheduled to meet officially at its headquarters in Vienna, Austria, on Nov. 30.

“The fear of oversupply could easily turn to a fear of undersupply if inventories keep declining like they have been and demand continues to grow,” said William O‘Loughlin, investment analyst at Rivkin Securities.