TEHRAN, November 2-Pakistan’s ousted prime minister Nawaz Sharif returned home on Thursday to face trial in an anti-corruption case he calls political revenge but opposition leaders have termed as accountability for the rich and powerful. 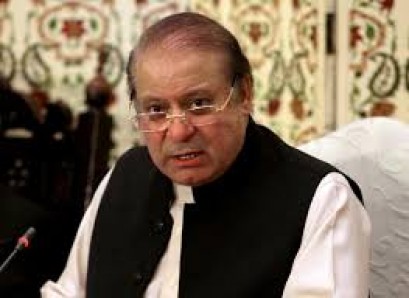 Sharif, who had been in London with his wife who is undergoing cancer treatment, is due to appear in court on Friday over allegations linked to London properties the family owns, charges that could see the former premier jailed.

Allies of Sharif, who has served as prime minister twice and was toppled in a military coup in 1999, have called the proceedings a political vendetta and hinted at intervention by elements of the powerful army.

Sharif, 67, denounced the process in an interview on Wednesday in London before flying home.

“This case in the National Accountability Bureau is highly bogus and fake, which doesn’t have links to corruption,” he told Geo TV, comparing the process to charges laid against him after General Pervez Musharraf seized power in 1999.

“There is no kickback or misappropriation of the national exchequer,” he added.

The country’s Supreme Court disqualified Sharif from office in July over unreported source of annual income of about $10,000, a salary the former premier denies ever receiving.

The high court also ordered the country’s National Accountability Bureau (NAB) to investigate and conduct a trial over the Sharif family’s wider finances, including the London properties.

Also facing trial before the NAB court is Sharif’s daughter Maryam and her husband, Muhammad Safdar. They have all pleaded not guilty.

The allegations against the family stem from the Panama Papers leaks in 2016 that appeared to show that Maryam and her two brothers owned offshore holding companies registered in the British Virgin Islands and used them to buy upscale flats in London.

A Supreme Court-appointed investigatory panel deemed that the family’s wealth did not match its income, and accused Maryam and her brothers of signing forged documents to obscure ownership of offshore companies used to buy the London flats.

The panel’s report was the basis for the Supreme Court ruling disqualifying Sharif and ordering the NAB investigation and a trial.

The high court ordered the trial to be concluded within six months, which would likely bring a verdict before general elections due next year.