US trying to whitewash 9/11 facts via wild claims against Iran: Zarif

TEHRAN, November 3 - Iranian Foreign Minister Mohammad Javad Zarif has dismissed US allegations about Iran’s support for the al-Qaeda terror group, describing the claims as an attempt to “whitewash” the truth about the role US allies had in the September 11, 2001 attacks. 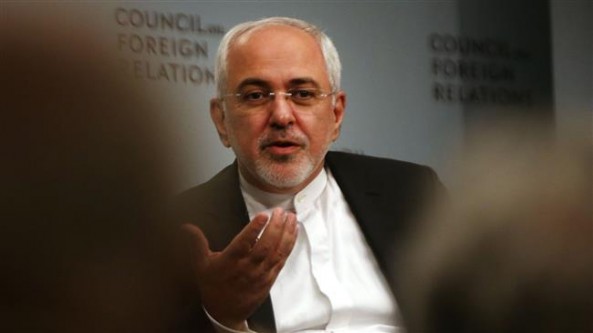 TEHRAN, Young Journalists Club (YJC) -Iranian Foreign Minister Mohammad Javad Zarif has dismissed US allegations about Iran’s support for the al-Qaeda terror group, describing the claims as an attempt to “whitewash” the truth about the role US allies had in the September 11, 2001 attacks.

“A record low for the reach of petrodollars: CIA & FDD fake news w/ selective AlQaeda docs re: Iran can't whitewash role of US allies in 9/11,” Zarif wrote on his Twitter account on Thursday.

Zarif posted the tweet after the release of a 19-page al-Qaeda report in Arabic, which claimed Iran supported the extremist group before the 9/11 attacks.

The document, part of nearly 47,000 documents recently released by the CIA, quoted the group’s slain leader Osama bin Laden as saying, “Anyone who wants to strike America, Iran is ready to support him and help him with their frank and clear rhetoric.”

It claimed that Iran and al-Qaeda could overlook their differences and join forces when it came to confronting the US.

The US government's 9/11 Commission has made similar allegations, saying Iranian officials met with al-Qaida leaders in Sudan in either 1991 or early 1992.

Ignoring the fact that 15 of the 19 hijackers involved in the 9/11 attacks were Saudi nationals, the commission makes yet another wild claim, alleging that eight of the hijackers who kept passengers on the hijacked flights under control passed through Iran before arriving in the US.

Last year, a New York court ordered Iran to pay $7.5 billion in damages to the families of the 9/11 victims.

Who spawned Al Qaeda after all?

Perhaps, former US Secretary of State Hillary Clinton has given the clearest response to this question.

Clinton has admitted on numerous occasions, including in a 2010 Fox News interview, that the US government and its intelligence agencies created al-Qaeda.

“So there is a very strong argument which is… it wasn’t a bad investment in terms of the Soviet Union but let’s be careful with what we sow… because we will harvest,” she warned.

Saudi Arabia’s role in the deadly 9/11 attacks became more clear last year, when the US finally decided to declassify parts of the 9/11 congressional report it had kept secret for years.

The heavily redacted document mentions many individuals that the congressional inquiry believed deserved more investigation regarding their ties to the Saudi regime, including Omar al-Bayoumi, a suspected Saudi intelligence agent who helped two of the hijackers in California.

The report also drew a possible link between the hijackers and then Saudi Ambassador to the US Prince Bandar bin Sultan.

Apparently, when US security forces retrieved the phone book of Abu Zubaydah, the first high-profile al-Qaeda terror suspect captured after 9/11, they found an unlisted number traced to ASPCOL Corp. in Aspen, Colorado. Further investigation showed that the firm “manages the affairs of the Colorado residence” of the Saudi prince.The Riyadh regime, however, has kept mum in the face of the growing evidence.

The kingdom warned that it would liquidate billions of dollars of US assets when Congress passed a piece of legislation that would allow the families of the 9/11 victims to sue Saudi Arabia.