TEHRAN, November 3 - The United Nations human rights office has condemned the “inhumane” conditions in a detention camp for refugees run by the Australian government in Papua New Guinea (PNG), urging Canberra to restore water and food supplies to the center. 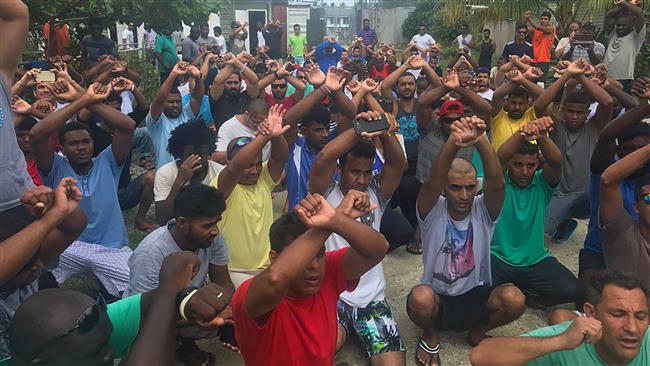 The Australian government and the PNG authorities have been attempting to close the Manus Island Center but they have failed as the detainees there say they worry about violent reprisals from the local community if they are moved to other "transit centres."

"We repeat our overall concerns about Australian offshore processing centers which are unsustainable, inhumane and contradictory to its human rights obligations," said Rupert Colville, the spokesman for the UN High Commissioner for Human Rights, at a news briefing on Friday.

A court in Papua New Guinea had ruled that the camp was illegal and a closure had been scheduled for October 31, but instead of resettling asylum seekers, Australian authorities simply abandoned the camp and the individuals who were being held there.

"We call on the Australian government ... who interned the men in the first place to immediately provide protection, food, water and other basic services," Colville said, adding that Australia was obliged to do so under international human rights law and the 1951 UN Refugee Convention.

Colville also repeated a warning by the UN High Commissioner for Refugees that there was an "unfolding humanitarian emergency" in the center.

Earlier on Friday, Australian police arrested ten protesters during separate student protests in Canberra and Sydney over the country’s abandonment of asylum seekers at the PNG camp.