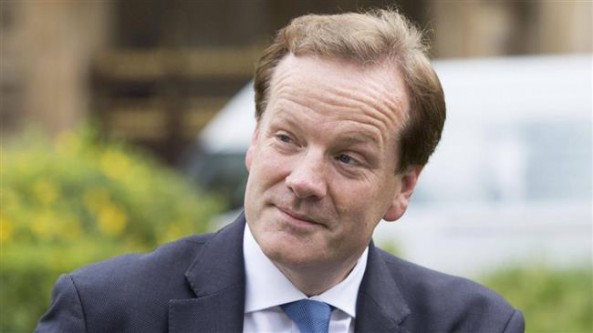 Julian Smith released a statement Friday, saying, “I have suspended the Conservative party whip from Charlie Elphicke MP following serious allegations that have been referred to the police.”

In a tweeted message, Elphicke denied any wrongdoing, noting the media had been told before him.

“The party tipped off the press before telling me of my suspension. I am not aware of what the alleged claims are and deny any wrongdoing.”

The party provided no further details about what the allegations are related to, or who made a complaint.  Nor the Metropolitan police gave any immediate comment on whether it had received a complaint.

This comes as Prime Minister Theresa May announced a new party code of conduct over a growing sexual harassment scandal.

According to a report last week, four British lawmakers had been accused of sexually abusing women at Westminster.

Two MPs from Corbyn’s Labour Party and two from the Conservative Party of Prime Minister Theresa May had been accused of harassing and propositioning young women inappropriately, The Times reported on Saturday.

On Tuesday, a British activist from Labour Party, Bex Bailey, said she had been raped at a party event in 2011, but then was urged not to report it in order to save her job.

The number of abuse allegations being made in the UK has spiked since one of the BBC's top presenters, Jimmy Savile, was exposed as a serial pedophile after his death in 2011.

According to a report last year by the royal Inspectorate of Constabulary, hundreds of British police officers and security forces have used their power to sexually abuse vulnerable people.