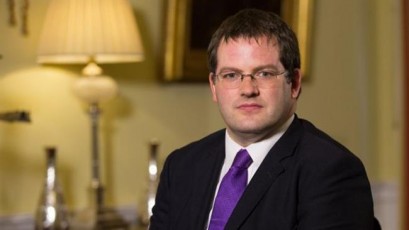 The 37-year-old member of the Scottish National Party (SNP) resigned on Saturday after admitting that his “previous actions have been considered to be inappropriate.”

“My behavior might have made others uncomfortable or led them to question my intentions,” he said in a statement. “I apologize unreservedly to anyone I have upset or who might have found my behavior inappropriate.”

"In light of my position in government, I believe it would not be appropriate for me to continue to serve in my role in the Scottish Government at this time and I have tendered my resignation as a minister."

According to a government spokesman, McDonald has tendered his resignation to First Minister Nicola Sturgeon and left the Scottish Government.

His resignation comes against the backdrop of claims of harassment and abuse involving several British politicians in recent weeks.

So far, four British lawmakers have faced accusations of sexual abuse at Westminster.

Two MPs from Corbyn’s Labour Party and two from the Conservative Party of Prime Minister Theresa May had been accused of harassing and propositioning young women inappropriately, The Times reported last Saturday.

Also on Tuesday, a British activist from Labour Party, Bex Bailey, said she had been raped at a party event in 2011, but then was urged not to report it in order to save her job.

UK Defense Secretary Michael Fallon also resigned Wednesday from his position after accepting his misconduct toward a female journalist in the past.

A new survey by the BBC found that 53 percent of women and 20 percent of men in the UK said they had been sexually harassed at work or a place of study.

The number of abuse allegations being made in the UK has spiked since one of the BBC's top presenters, Jimmy Savile, was exposed as a serial pedophile after his death in 2011.