US Senator Rand Paul assaulted in his home

TEHRAN, November 5 - Republican Senator Rand Paul was the victim of a physical assault in his Kentucky home, suffering minor injuries. The perpetrator, reportedly Paul's neighbor and a registered Democrat, has been arrested. 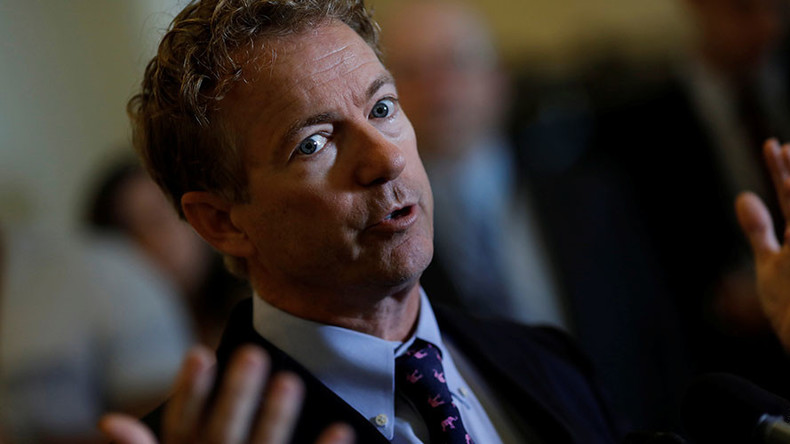 TEHRAN, Young Journalists Club (YJC) -Rand Paul was "blindsided" by the attacker, his spokeswoman Kelsey Cooper said in a statement. She did not elaborate on the details of the assault or the extent of Paul's injuries, only saying that he was "fine."

An arrest warrant reportedly seen by Politico stated that the altercation, which took place on Friday, left Paul with difficulty breathing as a result of a “possible rib injury.” He is also said to have suffered bleeding from cuts around the mouth, according to the website.
In Kentucky, assault in the fourth degree is a Class A misdemeanor, a crime that could carry a sentence of up to a year in prison and a $500 fine.

The attacker, 59-year-old Rene Boucher, was arrested and as being held in Warren County jail on a $5,000 bond. He is charged with fourth-degree assault with a minor injury.

Police have not provided details of the assault, citing security reasons, only saying that Boucher was an acquaintance of Paul. Both are residents of Bowling Green, Kentucky, where the attack took place.

Fox News reported that Boucher is a doctor and a registered Democrat, and frequently posted on his social media pages on divisive political issues.

The Bowling Green Daily News reports that Boucher is an anesthesiologist and the brains behind Therm-a-Vest, a cloth vest said to relieve back pain by delivering thermal heat directly to affected areas.
Kentucky State Police Master Trooper Jeremy Hodges told the LA Times that Boucher would have faced more serious charges if Paul had suffered greater injuries.

"If he was using any type of a dangerous instrument, then it would have been a felony charge," Hodges told the paper.

Paul, a trained doctor, briefly ran for president in the US general election before dropping out in February 2016. In September, the libertarian opposed Donald Trump’s plans to partially repeal the Affordable Care Act, a position that angered the Republican president.

Share to
Related News
‘I don’t like him’: Bush presidents, Snr & Jr, lash out at ‘blowhard’ Trump
Mogherini to visit Washington to discuss nuclear deal
‘Putin is very important’: Trump on possible meeting with Russian leader at APEC summit
ISIL was created by US, Israel, Saudi Arabia: Analyst
Tags
us ، senate ، paul
Your Comment