TEHRAN, November 6 - Asian shares stepped away from recent decade highs on Monday while the U.S. dollar staged a broad-based rally and oil jumped to a more than two-year peak as Saudi Arabia’s crown prince cemented his power through an anti-corruption crackdown. 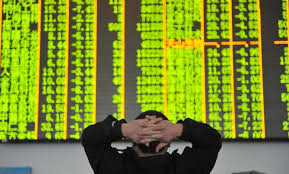 TEHRAN, Young Journalists Club (YJC) -Asian shares stepped away from recent decade highs on Monday while the U.S. dollar staged a broad-based rally and oil jumped to a more than two-year peak as Saudi Arabia’s crown prince cemented his power through an anti-corruption crackdown.

The dollar climbed against the yen to an eight-month peak after a string of U.S. data bolstered views the Federal Reserve will hike interest rates next month and tighten further in 2018. JPY=

In his second day in Japan, Trump ramped up his tough rhetoric against North Korea, saying the United States and its allies are prepared to defend freedom.

The U.S. President wants a united front with the leaders of Japan and South Korea before he visits Beijing to make the case to Chinese President Xi Jinping that more needs to be done to rein in Pyongyang. Trump also plans to meet Russian counterpart Vladimir Putin during his 12-day trip.

With traders on edge about the outcome of these high-stake meetings, MSCI’s broadest index of Asia-Pacific shares outside Japan .MIAPJ0000PUS slipped 0.7 percent to 552.8 from Friday’s top of 557.9 which was the highest since Nov. 2007.

Japan's Nikkei .N225 was a tad softer too but hovered around a 21-year peak.

The losses in Asian shares came despite gains in Wall Street on Friday, with the Dow Jones Industrial Average .DJI up 0.1 percent, the S&P 500 .SPX gaining 0.31 percent and the Nasdaq .IXIC adding 0.74 percent.

Investors now awaited progress on U.S. tax reforms which, if passed in its current form, will add $1.5 trillion to the U.S. budget deficit over the next ten years, said Elias Haddad, currency strategist at Commonwealth Bank.

“While this pro-growth tax package is dollar supportive, it is still unclear if the package will have enough Republican support to pass through Congress by year-end or Q1 2018,” Haddad added.

But for now, sentiment towards the greenback was still positive with leveraged funds paring bearish bets to be net long for the first time since late July. Dollar buying was broad-based against all the major currencies. [IMM/FX]

Strong economic data has helped boost the outlook for the greenback.

U.S. non-manufacturing purchasing managers’ index rose to its highest since 2005, figures out on Friday showed. New orders for U.S.-made goods gained for the second straight month in September and orders for core capital goods surpassed expectations.

The dollar index .DXY held near four-month highs against a basket of currencies, while the euro EUR= trod water to loiter around its lowest since July.

Bin Salman’s reforms include a plan to list parts of giant state-owned oil company Saudi Aramco next year, and a higher oil price is seen as beneficial for the market capitalization of the future listed company.