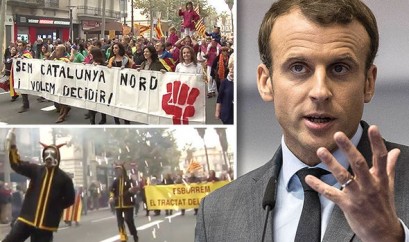 TEHRAN, Young Journalists Club (YJC) -Macron - who called on an Olympic fencer to head up France’s sports ministry and tapped several people from civil society to form his government in May - will formalize Slimani’s appointment later on Monday, the newspaper said.

Franco-Moroccan Slimani, 36, was propelled into the limelight when she won the prestigious Prix Goncourt last year for her novel ‘Chanson Douce’, which translates as lullaby.

The Francophone affairs brief has in the past been a ministerial post or a junior minister position, and had often been occupied by career politicians.

In this instance Slimani will be named as a “representative of the president”, Le Parisien said.

Macron, whose upstart centrist party trounced France’s traditional political forces in an election earlier this year, has named a series of newcomers to his government.

Former TV presenter and well-known ecologist Nicolas Hulot was appointed energy and environment minister, while Laura Flessel-Colovic, a retired fencer who holds an Olympic gold medal, is minister for sports.