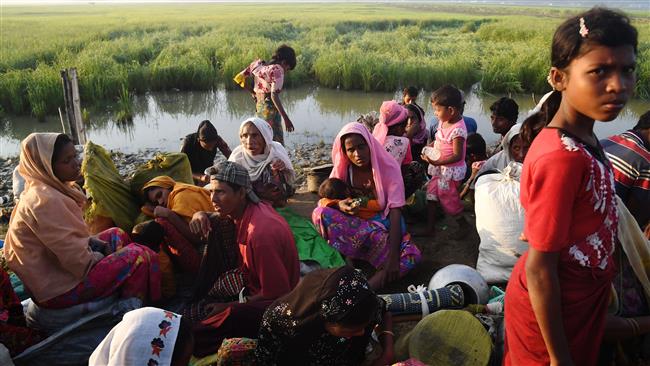 TEHRAN, Young Journalists Club (YJC) -The UNSC expressed “grave concern” at the reports of human rights violations in Myanmar’s Rakhine State by the country’s security forces against the Rohingya in a unanimously-backed statement released Monday.

The statement cited “the systematic use of force and intimidation, killing of men, women and children, sexual violence and... the destruction and burning of homes and property,” as among those violations.

The UNSC also urged Myanmar’s government “to ensure no further excessive use of military force in Rakhine State” takes place. It called on Naypyidaw to protect the human rights of people “without discrimination and regardless of ethnicity or religion, including by allowing freedom of movement, equal access to basic services and equal access to full citizenship for all individuals.”

The statement is the strongest pronouncement by the Council on Myanmar in nearly 10 years. The UNSC, however, failed to adopt an enforceable resolution due to opposition by Myanmar ally China.

The statement also expressed “alarm at the significantly and rapidly deteriorating humanitarian situation in Rakhine State” and called on that the government to grant “immediate, safe and unhindered access to United Nations agencies and their partners” and other aid organizations.

Myanmar’s ambassador to the UN, Hau Do Suan, slammed the statement, saying, it had been “based on accusations and falsely claimed evidence.”

Myanmar’s government has been denying widespread reports and eyewitness accounts of horrific violence by government soldiers and Buddhist mobs against the Rohingya in Rakhine. That violence began late last year and intensified in August.

More than 600,000 Rohingya Muslims have so far fled the predominantly-Buddhist Myanmar to neighboring Bangladesh since August 25, when the crackdown on the Rohingya intensified in Rakhine.

The Monday statement by the UNSC also called on Myanmar’s government to work with Bangladesh and the UN “to allow the voluntary return of all refugees in conditions of safety and dignity to their homes in Myanmar.”

The UNSC also stressed the significance of holding those responsible for human rights violations accountable.