2nd Indian ship with wheat for Afghans docks in Iran

TEHRAN, November 7 - Iran says a second ship with a major wheat cargo for Afghanistan has arrived in a southeastern port which is gradually emerging as a key transit point in a corridor that bypasses Pakistan. 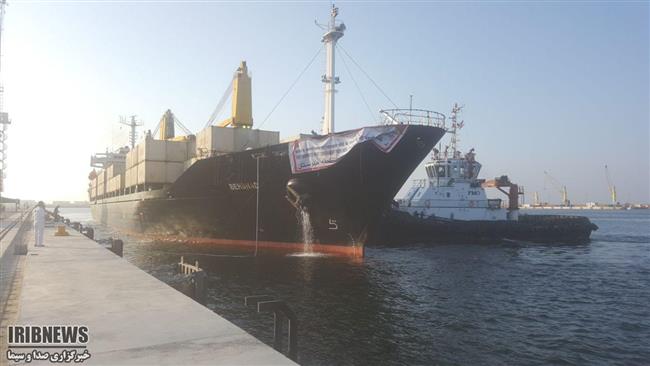 The same port hosted the first ship with 15,000 tonnes of wheat last Wednesday in a move that officially launched a new multi-modal transit corridor from India to Afghanistan through Iran.

New Delhi plans to send seven shipments of wheat to Afghanistan – all on a grant basis – through Chabahar by the end of January, the media reported.

The cargoes are expected to be loaded on thousands of trucks and then taken to western Afghanistan.

The shipments are meant to demonstrate the route’s viability and the plan is to broaden the cargo flow before the port is fully operational by the end of next year, Reuters quoted Indian officials as saying.

Indian officials earlier praised the opening of the new corridor between the three countries with Prime Minister Narendra Modi writing on Twitter that it "marks a new chapter in regional cooperation and connectivity."

The new route would create a unique opportunity for India to send its goods to landlocked Afghanistan through a safe route. It would to the same effect enable Afghan merchants to export their commodities – mainly fruits and vegetables as well as nuts and minerals – to global markets through Chabahar.

India signed a deal with Iran in 2003 to develop the same port through an investment that could amount to $500 million.

In August, India Global Ports Ltd (IGPL) applied for permission to establish a company to run the port, Reuters quoted an unnamed source as saying. The plan is for IGPL to build two new terminals, one for container vessels and one for multipurpose ships.

Located on the confluence of the Indian Ocean and the Sea of Oman in southeastern Iran, Chabahar is India's first foreign port project. Once completed, the project would enable India to send its goods Afghanistan, Central Asia and beyond.