TEHRAN, November 8 -Certain media outlets are trying to blow the so-called “Paradise Papers” story out of proportion for their own ends and get very excited over what they discern to be connections with Russia, says Keith Boyfield, research fellow at the Center for Political Studies. 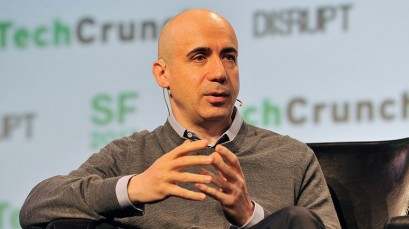 TEHRAN, Young Journalists Club (YJC) -The “Paradise Papers,” a series of financial files were leaked on Sunday. It exposed where the world’s richest people and institutions are hiding their vast fortunes, neatly sidestepping their domestic tax systems in the process.

Famous individuals, such as Britain's Queen Elizabeth, US Secretary of State Rex Tillerson and billionaire George Soros are included in the list. Joining them are music superstars Bono and Madonna who apparently made investments through companies in Malta and Bermuda.

US Commerce Secretary Wilbur Ross has a stake in Navigator Holdings, which is a transportation partner of Russian petrochemical company Sibur, according to the papers. The businessman has rejected any illegal actions on his part.

RT asked Boyfield why many media outlets are meticulously scanning the files, desperate for a political scoop.

“This is sensationalist media – this is appearing in newspapers like The Guardian. And there was a tremendous amount of coverage on the BBC about this so-called Paradise Papers. It amazes me in many ways, because I have a lot of dealings with private equity companies and other international investors. These offshore centers are entirely legitimate operations.Private equity companies often base their operations out of places like Jersey or Bermuda, because it is a tax neutral location, and it avoids investors getting embroiled with lots and lots of tax authorities. So they are making a mountain out of a molehill,” he said.

US Democrats are meanwhile clamoring for an inquiry into Ross’s business.
According to Boyfield, “newspapers like The New York Times and I suspect some of the national networks in America have already made their mind up about Mr. Trump.” In his view, the newspapers are determined to try and “see Trump kicked out of office” and “are spending their waking days and nights trying to work on various strategies” to achieve that goal. These Paradise Papers, he said, is just the latest example of such attempts.
A major investor in Twitter and Facebook, Russian billionaire Yuri Milner, has financial ties to two Russian government-owned firms, according to the leaked files.

Boyfield argues that some media outlets “look on the Russians as a sort of boogeyman”.
“They’ve kind of made their own conclusion before any of these so-called revelations came out about the Paradise Papers. They are trying to – you could argue – stich up a case against, for example, this Russian businessman, who is based in California who have been operating entirely legitimately from what I can see, as has Mr. [Wilbur] Ross,” he said.

“In fact, he has made a point of saying that he has disclosed all his financial dealings to Congress and he divested those companies, where it was felt that it would be appropriate. His investments with companies operating in Russia, as he pointed out today, there will be no sanctions applied against them. It is entirely legitimate operation. But I think certain newspapers and media outlets are trying to blow this story out of proportion for their own ends,” he added.

“They get very anxious about what they discern to be connections with Russia and they are keen to jump to certain conclusions,” Boyfield told RT.