Rouhani to Saudi Arabia: Stop being hostile to Iran

TEHRAN, November 8 - Iranian President Hassan Rouhani has called on Saudi Arabia to cease its hostile policies against Tehran, warning against the ramifications of putting trust in the US and Israel. 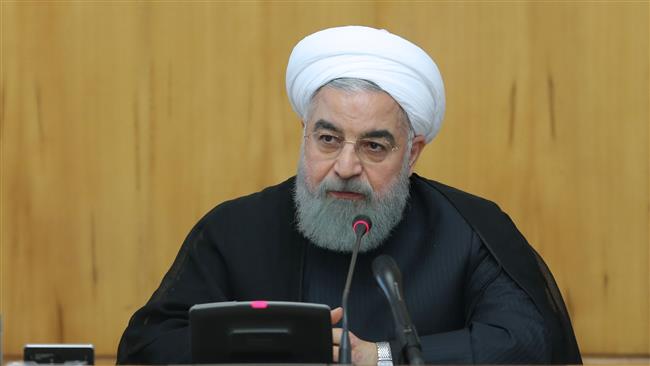 TEHRAN, Young Journalists Club (YJC) - Speaking at his cabinet meeting on Wednesday, Rouhani reaffirmed Iran’s support for the development of regional countries, including Saudi Arabia and said, “There is no way other than brotherhood, friendship and helping each other.”

“You are mistaken if you think Iran is not your friend, but the US and Israel are. This mentality is a strategic mistake and miscalculation,” added the Iranian president.

“Our path in the region is to establish and promote stability; we want the geographic borders not to change, nations to decide for themselves, and bombardments and aggression against regional nations to be stopped,” he added.
The president further reminded the Saudi rulers of Iran’s might and influential role in the region, saying, “You are well aware of the power and status of the Islamic Republic of Iran. Those more powerful than you have failed to do anything against the Iranian nation.”

"The US and its lackeys mobilized all their equipment and power, but they could not do anything,” he added.

Rouhani pointed to the allegations about Iran’s interference in regional countries, adding that such claims come while the Islamic Republic has been fighting terrorism in Iraq and Syria upon the request of those countries.

The Iranian president pointed to the track record of the US and Israeli plots against regional countries, saying, “The hegemonic [states] plunder the oil and wealth of the region and, in return, they sell their a variety of weapons to fan the flames” of hostility.