TEHRAN, November 8 - Russia and Syria censured the findings of a UN-led investigation blaming the Syrian government for a chemical attack on the town of Khan Shaykhun, with Moscow casting doubt on the extension of the probe’s mandate before its expiry next week. 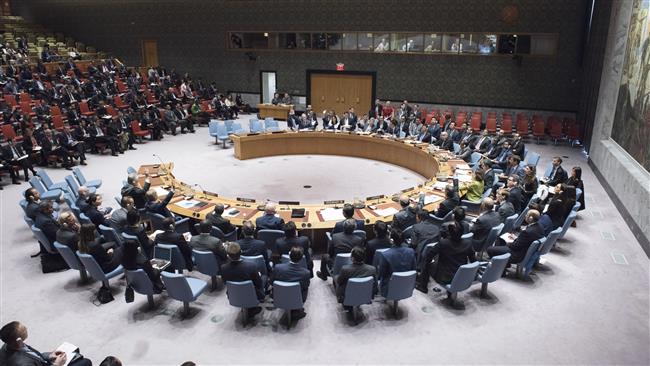 TEHRAN, Young Journalists Club (YJC) - In a joint report sent to the UN Security Council on October 26, the UN and the Organization for the Prohibition of Chemical Weapons’ Joint Investigative Mechanism (JIM) held the Damascus government “responsible for the release of sarin” gas at Khan Shaykhun in Syria’s Idlib Province on 4 April 2017 that killed over 80 people.

Both Damascus and Moscow were quick to reject the report as biased.

The fact-finding mission was formed in 2015 to probe the incidents involving chemicals in Syria. Moscow and Damascus have long been critical of the mission’s evidence gathering techniques and the failure of its experts to visit the sites of such alleged attacks.

In mid-October, Russia vetoed a US-sponsored Security Council resolution that would have renewed the experts’ mandate for a year, saying it would decide on the extension following the JIM’s report on Khan Shaykhun.

Russia and the United States have now put forward competing draft resolutions on renewing the JIM’s mandate beyond November 16, when it expires. The Russian draft document prolongs the body’s mandate for six months until May 16, 2018, while the US version offers an 18-month extension. Washington revised down the figure from an initially proposed two-year extension.

Speaking at the UN Security Council on Tuesday, Deputy Russian UN Ambassador Vladimir Safronkov said the work of the investigative panel was “deeply disappointing” and questioned the validity of the samples obtained from the scene of the Khan Shaykhun attack.

He also accused the JIM of working “very selectively without … collecting samples, questioning witnesses and gathering evidence directly at the site of the incident.”

Experts from the UN body never visited the site of the purported gas attack and only relied on evidence collected by the militant groups controlling the area, he added.

“We are convinced that the mechanism, endowed with such high responsibility, cannot work in this way. Without a comprehensive change, it will become a tool to settle accounts with the Syrian authorities,” Safronkov said.

The Russian diplomat further noted that the UN report on the Khan Shaykhun incident was full of “systemic deficiencies” as well as “omissions, inconsistencies and contradictions.”

Presenting the report, Edmond Mulet, the JIM head, claimed that the panel’s experts had established that sarin was used in a Syrian government airstrike and the chemical matched those samples previously found in Syrian stockpiles.

Safronkov challenged the assumption, emphasizing that “the chemicals could have been produced anywhere to compromise intentionally the authorities of Syria.”

Russia had earlier criticized the UN report as an “amateurish” document that is based on selective data.

Additionally on Tuesday, Syria’s UN Ambassador, Bashar Jaafari, told the Security Council that the report by the world body “is not neutral, nor is it professional” and its accusations against Damascus are based on “the fabrication of evidence and the manipulation of information.”

Syria abides by the Chemical Weapons Convention and “considers the use of chemical weapons an immoral act that must be condemned,” he pointed out.

During Tuesday’s Security Council session, the Western front, including the US, Britain and France, came out strongly in support of the UN report on Syria.

US Ambassador to the UN Nikki Haley said there could be no higher priority for the Council than extending the JIM’s mandate.

“Anyone who prevents us from achieving this goal is aiding and abetting those who have been using chemical weapons,” she said.

Following the Khan Shaykhun incident, the US launched a missile attack against Shayrat Airbase in Syria’s Homs Province, claiming that the air field had been the origin of the April gas attack.

Damascus described the claim as a fabrication” to justify the subsequent US missile strike.

Syria turned over its entire chemical stockpile under a deal negotiated by Russia and the United States back in 2013 under the supervision of the OPCW.