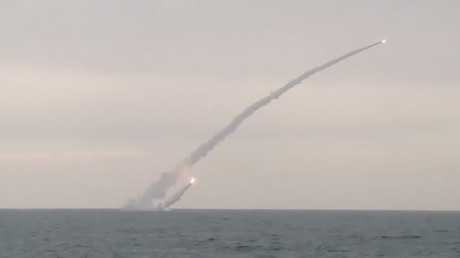 TEHRAN, Young Journalists Club (YJC) -Syrian government forces have captured the town of Abu Kamal located in the Euphrates valley on the border with Iraq, according to an RT Arabic correspondent and local TV. The town was one of the last major settlements held by Islamic State terrorists.

A video published on a YouTube account affliated with the pro-government forces shows Syrian Army soldiers and allied forces from various militia groups as well as Hezbollah fighters celebrating their victory in the vicinity of Abu Kamal. The footage shows Hezbollah fighters posing with the group’s flag as well as Syrian soldiers and allied militia posing with the national Syrian flag.
The city of Deir ez-Zor endured a years-long IS blockade, which was breached by the Syrian army with the support of Russian airstrikes early in September.

The liberation of Abu Kamal marks the ultimate end of the territorial ambitions of Islamic State, Joshua Landis, head of the Middle East Studies Department at the University of Oklahoma, told RT. He added that Islamic State has now lost all the major settlements it controlled while being pinned down by the Syrian and Iraqi armies in the border region between the two countries.

“The two armies met up and liberated this last major town [held by Islamic State],” Landis said, adding that “this is the end of ISIS as a ‘state’.” He also pointed out that the terrorists are now being prevented from freely moving between Syrian and Iraqi territory, making the fight against them much easier.

Victory over the terrorists in Abu Kamal would practically mean the end of the self-proclaimed terrorist caliphate, Max Abrahms, Professor at NorthEastern University told RT. It signals “the end of the main political goal of Islamic State,” Abrahms said. “The caliphate has been the main political raison d'etre for the Islamic State. And I do not think that anyone could possibly say that the caliphate exists in any real fashion.”

The remaining ISIS terrorist fighters, however, still present a clear threat not just to the region but to the world, the professor cautioned, advising those fighting against IS to continue targeting the jihadists.

“The Islamic State itself is not dead. This is the group that managed to attract tens of thousands of fighters from scores of countries all over the world. And so they remain ISIS members or former ISIS members in its stronghold in Iraq and in Syria. And of course, this is an international problem with an untold number of foreign fighters who have returned home,” Abrahms said. “We need to keep the pressure on, we need to find them, and frankly, we may need to expand the targeting to include groups and splinter groups where former ISIS guys are heading to next.”