US Marine instructor gets jail for abusing Muslim recruits

TEHRAN, November 11 - A US Marine drill instructor has been sentenced to 10 years in prison for physically and verbally abusing Muslim recruits, including a young man who committed suicide because of the constant hazing. 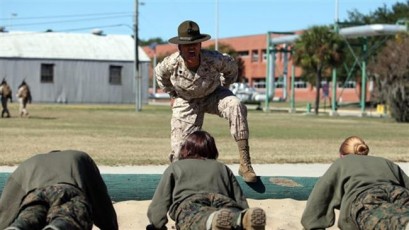 TEHRAN, Young Journalists Club (YJC) -A US Marine drill instructor has been sentenced to 10 years in prisonfor physically and verbally abusing Muslim recruits, including a young man who committed suicide because of the constant hazing.

Lieutenant Colonel John Norman, the prosecutor, said Felix “picked out Muslim recruits for special abuse because of their Muslim faith. He degraded their religion and put them in industrial appliances.”

A married father of four, Felix was handed the sentence after being convicted of three counts of maltreatment, eight counts of violating general orders, drunk and disorderly conduct and making false statements.

Two of the victims told prosecutors that Felix had put them into an industrial clothes dryer.

The Marine instructor also hurled verbal abuse at Muslim recruits, with numerous witnesses saying that he often called them “terrorist” and “ISIS,” another name for the Daesh terrorist group.

According to court documents, Felix forced Siddiqui to run back and forth in the recruits’ squad bay and then slapped him in the face driving him so mad that the recruit suddenly sprinted from the room and jumped 40 feet to his death onto a concrete stairwell.

Siddiqui’s family has sued the Marine Corps and the US government for $100 million by filing a wrongful death lawsuit.

Felix was also accused of ordering recruits to choke each other and forcing them to drink chocolate milk and then training them until they vomited.

The Iraq War veteran, who will have his rank reduced to private, faced a maximum possible sentence of more than 21 years and although the prosecutors had asked for a seven-year term, the eight-member jury decided to exceed that term.