TEHRAN, November 11 -China must win its battle against corruption or face being erased by history, its new top graft buster said in an editorial on Saturday, underscoring the ruling Communist Party’s focus on eliminating corrupt behaviour. 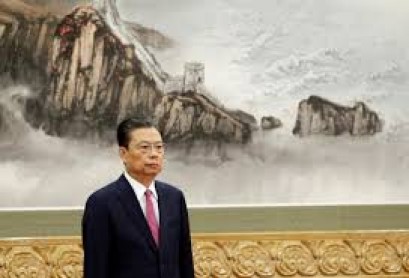 TEHRAN, Young Journalists Club (YJC) - China must win its battle against corruption or face being erased by history, its new top graft buster said in an editorial on Saturday, underscoring the ruling Communist Party’s focus on eliminating corrupt behaviour.

“If our control of the party is not strong and party governance is not strict, then the party won’t be able to avoid being erased by history and the historic task the party carries will not be able to be fulfilled,” Zhao wrote.

Xi, like others before him, has warned that corruption is so serious it could lead to the end of the party’s grip on power.

Xi’s corruption fight has ensnared more than 1.3 million officials. At last month’s five-yearly party congress he said it would continue to target both “tigers” and “flies”, a reference to elite officials and ordinary bureaucrats.

“The facts tell us and warn us that the party’s position as the top political leader and power is the foundation of our political stability, economic development, national unity and social stability,” Zhao wrote.

Zhao leads the Central Commission for Discipline Inspection (CCDI), having previously been in charge of the party’s powerful organisation department, which is in charge of personnel decisions.

He added that there would be no tolerance of people who “just do what they want to do” and ignore orders or carry on with banned behaviours like trying to get around policy decisions.

Promotions also needed to be rigorously scrutinised, he said, a reference to numerous previous scandals where corrupt officials had abused their power or taken bribes to promote friends and family members.

“Officials’ personal files must be examined, and individuals’ reports on their personal matters must be verified,” Zhao wrote.

Above all, the leadership of the Communist Party had to be maintained, as the last 100 years of history had shown that without the party’s leadership “there is no way out”, he added.

China has plans for a national supervision law and a new commission next year to oversee the expansion of Xi’s graft fight.