TEHRAN, November 11 - Tehran and Baghdad have agreed in principle to export Kirkuk oil to Iran, according to the Iraqi oil ministry. 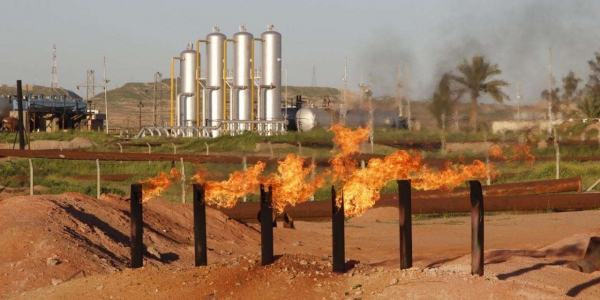 The deal will be signed between Iraq's State Organization for Marketing of Oil (SOMO) and Iran, al-Luaibi added, Anadolu news agency reported.

The amount of the export would be increased after pipelines were installed, he added.

Al-Luaibi said the oil would be trucked over Iraq’s border to the Kermanshah refinery.

“The (Iraqi) government aims to carry out oil and strategic projects with Turkey, Iran, Kuwait, Saudi Arabia and Syria,” al-Luaibi said, adding that the deal with Iran would be signed after technical and administrative aspects were settled.

Iran and Iraq signed a basic agreement in February that envisaged exporting Iraqi oil through the Iranian territory – a scheme that would remove Baghdad’s reliance on the KRG to export its oil through a pipeline to Turkey’s Ceyhan. The details will be finalized soon.

Until recently, oil from the fields around Kirkuk – which is an oil-rich province in northern Iraq – was shipped to the Turkish port of Ceyhan via a pipeline owned and operated by the Kurdistan Regional Government (KRG).

However, following the attack and takeover of the province by Iraqi forces last month, the Iraqi Oil Ministry started talks with Iranian officials about the province’s oil exports through Iran.