TEHRAN, November 11 - Russian President Vladimir Putin has once again strongly rejected claims that Moscow interfered in the 2016 US presidential election in favor of Donald Trump, saying these allegations are mere “fantasies.” 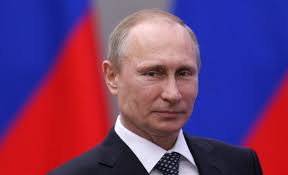 TEHRAN, Young Journalists Club (YJC) - The Russian leader made the remarks at a news briefing on the sidelines of the annual summit of the Asia-Pacific Economic Cooperation (APEC) in the Vietnamese city of Da Nang on Saturday, less than a year after US intelligence agencies made the allegations against the Kremlin, which has since vehemently denied the charges.

“Everything about the so-called Russian dossier in the US is a manifestation of continuing domestic political struggle,” Putin told reporters at the Asia-Pacific summit in the Southeast Asian country, adding that he was well “aware” of the increasing probe regarding contacts between Trump's team members and Russians, including a woman who has claimed to be Putin's niece.

“Regarding some sort of connections of my relatives with members of the administration or some officials, I only found out about that yesterday from (spokesman Dmitry) Peskov,” the Russian president further said, asserting that he does not know anything about it. “I think these are some sort of fantasies,” Putin added.

Back in January, American intelligence agencies claimed that Russia interfered in the 2016 election to try to help Trump, the current president of the United States, defeat Democratic nominee Hillary Clinton. They alleged at the time that Moscow’s interference included a campaign of hacking and releasing embarrassing emails, and disseminating propaganda via social media to discredit Clinton’s campaign.

Special counsel Robert Mueller, appointed by the US Justice Department, is tasked with investigating Russia’s alleged meddling in the election.

Trump, for his part, has long denied any collusion between his campaign and Russian operatives during last year’s White House race, which led to his rival Hillary Clinton’s loss.

On Saturday, after briefly meeting with Putin at the summit, Trump said that the Russian leader felt insulted by persisting allegations of Moscow’s meddling in the US vote.

“You can only ask so many times... he (Putin) said he absolutely did not meddle in our election,” the US president said, adding that Putin was “very insulted by it, which is not a good thing for our country.”

As he was heading to the Vietnamese capital, Hanoi, Trump also told reporters that President Putin had personally told him that "he didn't meddle."

"He said he didn't meddle. I asked him again," Trump said.

Elsewhere in his remarks, the Russian president vowed that Moscow would adopt “reciprocal” measures in response to US steps against RT America, which he called an “attack on freedom of speech.”

His comments came a day after the US Department of Justice ordered that by Monday, the company that provides all services for RT America in the US has to register under the Foreign Agents Registration Act (FARA), adding that in case of any disobedience, the news channel’s head may be held in police custody and its accounts could be frozen.

The so-called US legislation was passed in 1938 to counter Nazi propaganda on the American soil. More than 400 entities, but no media outlet, are currently registered under the act.

“I want to draw your attention to the fact that there wasn’t and could not be any confirmation of our media’s meddling in the [US] election campaign,” Putin said, adding that the latest probe in US Congress showed that the Russian ads amounted merely to “some tenths or hundredths of a percent” in comparison to those carried by the US media in the course of the 2016 election.

The annual APEC summit is one of the largest gatherings on the annual diplomatic calendar, bringing together scores of world leaders and more than 2,000 CEOs. APEC represents 21 Pacific Rim economies, the equivalent of 60 percent of global GDP and covering nearly three billion people, and has pushed for freer trade since its inception in 1989.