TEHRAN, November 15 - A gunman carrying a semi-automatic weapon and two handguns opened fire at multiple locations across a small Northern California community on Tuesday, killing four people before he was slain by police. 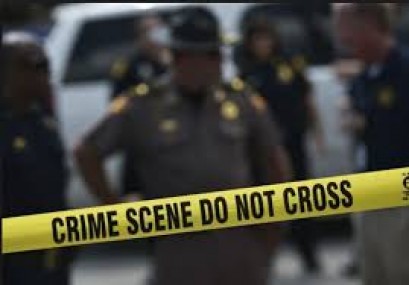 TEHRAN, Young Journalists Club (YJC) - A gunman carrying a semi-automatic weapon and two handguns opened fire at multiple locations across a small Northern California community on Tuesday, killing four people before he was slain by police.

At least 10 other people were wounded, including two children at an elementary school near the small town of Corning, about 100 miles (160 km) north of Sacramento, where the suspect was slain, according to police and local media.

“Deeply saddened to hear of the shooting in Northern California, the loss of life, including innocent children,” Vice President Mike Pence said on Twitter. “We commend the effort of courageous law enforcement. We’ll continue to monitor the situation & provide federal support, as we pray for comfort & healing for all impacted.”

Tehama County Assistant Sheriff Phil Johnston said at a news conference that the shooter, who he did not name, had been armed with a semi-automatic rifle and two handguns.

The Sacramento Bee newspaper, citing multiple law enforcement officials, later identified the suspect as 43-year-old Kevin Janson Neal, a local resident who had been arrested in February in connection with a stabbing.

Johnston did not give a motive for the shooting rampage. The local Redding Record Searchlight newspaper reported that it began when the gunman opened fire at a home and some six other locations shortly after 8 a.m. PST.

A parent, Coy Ferreira, said he was dropping off his daughter at the elementary school when he heard gunfire.

“One of the teachers came running out of the building and told us to all run inside because there was a shooter coming,” Ferreira told Redding, California, television station KRCR.

Ferreira said he heard gunfire for over 20 minutes and that a student in the room was struck.

Area resident Brian Flint told local media his neighbor was the shooter and had stolen his truck.

Enloe Medical Center in Chico, some 40 miles away, received five patients, three of whom were treated and released, hospital spokeswoman Natali Munoz-Moore said.

St. Elizabeth Community Hospital in the community of Red Bluff received two patients, including one who was stabilized and transferred to another facility, spokeswoman Amanda Harter said.