New Islamic civilization, based on rationality and philanthropy

TEHRAN, November 15 - Prominent Sunni cleric from Mahabad, Iran’s West Azerbaijan Province, noted the new Islamic civilization since the beginning was based on rationality and philanthropy and it will be so till the end. 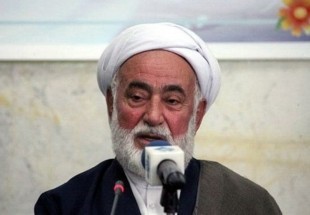 He said,” thoughts which prevent promotion of Islam should be uprooted so that a true Islam and not American-style Islam is achieved.”

He called for awakening of academic and research centers in line with paving the path for new Islamic civilization.

He hailed the previous achievements by Muslims gained in the light of solidarity and convergence.

“This is while, at present, arrogant powers have sparked war among Muslims through different methods” said the Sunni scholar.

Prayer leader of Mahabad concluded,” formation of new Islamic civilization should happen based on commonalities of all Islamic denominations so that settling minor disagreements between Muslims will lead to formation of a unified Islamic nation.