TEHRAN, November 15 - Iran reacted to a recent rights resolution adopted by the Third Committee of the UN General Assembly censuring Tehran for alleged “human rights abuses,” noting that some backers of the resolution were themselves among major and “discredited” violators of human rights and supporters of terrorism. 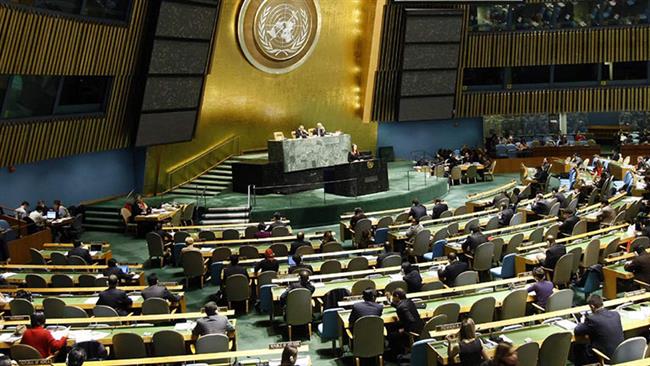 Iranian Foreign Ministry Spokesman Bahram Qassemi on Wednesday rejected the UN resolution, saying it lacked credibility and was politically-motivated as it was backed by a number of biggest human rights violators, war criminals and sponsors of terrorism, violence and extremism.

The Islamic Republic of Iran rejects as unacceptable the resolution on the situation of human rights in the country, Qassemi said.

“The instrumental, selective and political use of human rights by Western states against the world’s independent countries is condemned and is a wrong move that will have no result but to undermine the lofty status of human rights,” he added.

Qassemi noted that the Islamic Republic was founded on the basis of religious democracy, stressing that the country has always been serious about promoting human rights and fulfilling its international obligations.

He also stated that Iran was ready to negotiate and cooperate with other countries based on mutual respect and within the framework of international mechanisms to contribute to the promotion of human rights worldwide.

She also alleged the harassment of journalists in Iran had been intensified, claiming that the progress on women’s rights was extremely slow.

On October 30, Iranian Judiciary Chief Ayatollah Sadeq Amoli Larijani dismissed the report by the UN rights rapporteur against the Islamic Republic, saying that it reflected the views of the country’s enemies.

The top Iranian judiciary official strongly criticized the West’s double-standard approaches in dealing with the issue of human rights in Iran and said while different resolutions have been adopted against the Islamic Republic, Western countries have prevented the adoption of resolutions by world bodies against the Israeli regime or the "child-killing" Saudi regime.

Earlier in October, Iran and once again rejected the report by the UN rights rapporteur as “politically-motivated, biased and illegitimate.”

The report, he said, had turned a blind eye to illegal and unilateral US sanctions against the Iranians and 17,000 victims of terrorism in the country.

“The only determining power for support of human rights in Iran is the Iranians themselves and there is no room for outsiders," Nejad said.