US warns of holiday terror threat in Europe

TEHRAN, November 17 -The US government has updated its advice to American citizens travelling to Europe, warning of an increased terrorist threat over the Christmas and New Year holiday season. 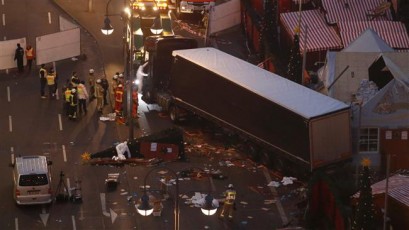 TEHRAN, Young Journalists Club (YJC) -The US government has updated its advice to American citizens travelling to Europe, warning of an increased terrorist threat over the Christmas and New Year holiday season.

The US State Department warned on Thursday that recent attacks in Britain, France, Russia, Spain, Finland and Sweden show that both the al-Qaeda and Daesh (ISIL) terrorist groups remain active and capable.

"Last year, mass casualty attacks occurred at a Christmas market in Berlin, Germany in December and a nightclub in Istanbul, Turkey on New Year's Eve," the latest warning noted.

"While local governments continue counterterrorism operations, the department remains concerned about the potential for future terrorist attacks," the statement said.

Washington has a long-standing warning to its citizens to beware terrorist attacks in European cities, and in recent years it has expressly warned of dangers at major events.

"US citizens should always be alert to the possibility that terrorist sympathizers or self-radicalized extremists may conduct attacks with little or no warning," the statement added.

Recent estimates from Europe and the US say as many as 1,900 "foreign fighters" have returned to Europe after stints in Iraq and Syria. Some remain committed to terror groups like Daesh, but others returned disenchanted.