TEHRAN, November 17 -China’s state-owned enterprises (SOEs) need to end their dependence on overseas resources and acquire a “leading role” in global markets if they are to earn the description of “world class”, the head of the country’s state asset regulator said. 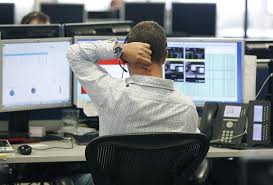 TEHRAN, Young Journalists Club (YJC) -China’s state-owned enterprises (SOEs) need to end their dependence on overseas resources and acquire a “leading role” in global markets if they are to earn the description of “world class”, the head of the country’s state asset regulator said.

China has vowed to revamp its lumbering state sector in a bid to create a number of “world class” firms capable of dominating their sectors and meeting state objectives.

Xiao Yaqing, chairman of China’s State-Owned Asset Supervision and Administration Commission (SASAC), said in remarks published on Friday that SOEs must first acquire “leading positions in the allocation of global resources” in order to meet ambitions.

“If this situation doesn’t change, it is hard to say that they have become world-class enterprises,” he said.

While SOEs have boosted global market share in recent years, they still lag international counterparts when it comes to “adding value”, promoting innovation and developing brands, he added.

“World class enterprises are those that have a leading role and an international say in the development of their global sectors,” he added. “You cannot just say ‘world class’ yourself. The industry must recognize it. The market must recognize it.”

China launched its latest round of SOE reforms in 2015 in a bid to ease crippling debts, shut down “zombie” enterprises and make more efficient use of state capital and resources.

But while lip service has been paid to reducing direct government interference and creating “independent” market players, the rhetoric of reform is now dominated by the concept of “Party building”, with China aiming to turn SOEs into agents of state power at home and abroad.

China has long been concerned about its dependence on overseas supplies of commodities like crude oil, copper and iron ore, and has urged firms to acquire overseas upstream assets as part of a “Going Out” strategy launched in 1999.

However, the government has now sought to put those overseas acquisitions under greater scrutiny amid concerns that many purchases may have been severely overvalued. Xiao said preventing losses remained a major priority when it came to the management of state assets.

Though the performance of China’s SOEs has improved this year, Xiao said the tough restructuring process had to continue.

“As soon as they emerge from the quagmire, even a brief pause in reform could see old problems re-emerge and new problems appear, and competitors could catch up or widen the gap further,” he said.