TEHRAN, November 17 - A United Nations General Assembly committee approved a draft resolution that urges Myanmar to halt military operations in the country’s Rakhine state that have “led to the systematic violation and abuse of human rights” of Rohingya Muslims. 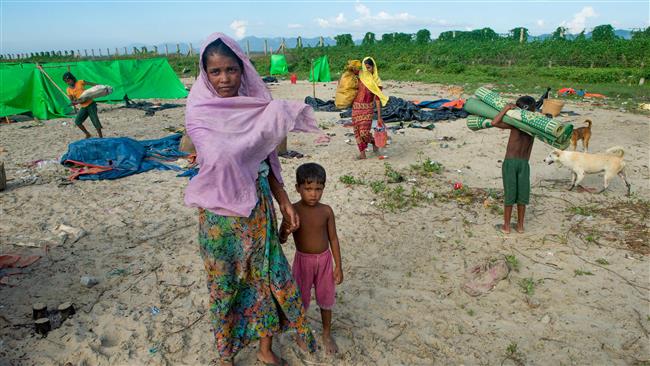 TEHRAN, Young Journalists Club (YJC) - The General Assembly’s Third Committee, which focuses on human rights, on Thursday passed the resolution, drafted by the Organization of Islamic Cooperation, with 135 votes in favor, 10 against and 26 abstentions.

More than 600,000 Rohingya Muslims have so far fled the predominantly-Buddhist Myanmar to neighboring Bangladesh since August 25, when a crackdown on the Rohingya intensified in Rakhine.

During the past three months, the government troops have been raping, killing, making arbitrary arrests, and committing mass arson of houses in hundreds of predominantly-Rohingya villages in the state.

The United Nations has already described the Rohingya as the most persecuted community in the world, calling the situation in Rakhine similar to “a textbook example of ethnic cleansing.” Estimates as to how many Muslims have been killed vary from 1,000 to 3,000.

At the root of the crisis is the refusal by Myanmar to grant citizenship to the Muslim minority. The government says the Rohingya should go to Bangladesh, where they are originally from, while Bangladesh says that they are from Myanmar and that Dhaka has accepted Rohingya refugees only on humanitarian grounds.

The Thursday resolution also called on Myanmar’s authorities to grant access to a UN panel tasked with investigating allegations of abuse after the eruption of a wave of violence in October 2016.

It also urged full and unhindered access of humanitarian aid to the violence-hit region and called on Myanmar to grant full citizenship rights to Rohingya Muslims.

The resolution, which will now be formally adopted by the 193-member General Assembly in December, deepens international pressure on the government of Myanmar but is not legally binding.

For 15 years the UN Committee annually adopted a resolution denouncing Myanmar’s human rights record, but last year the European Union did not put forward a draft text due to an alleged progress in how Myanmar's government has been dealing with the issue of the Rohingya under the leadership of Aung San Suu Kyi.