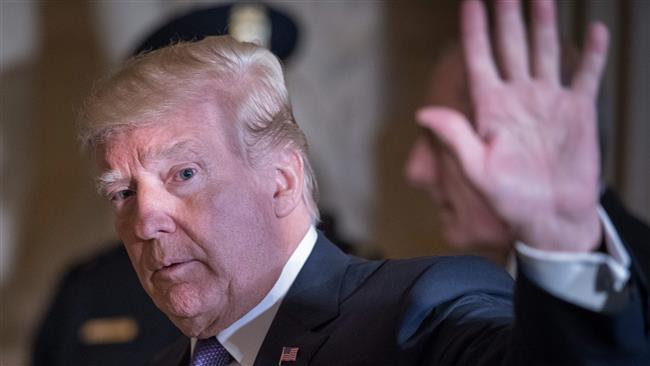 Senator Franken of Minnesota apologized Thursday after being accused of sexually harassing journalist Leeann Tweeden in 2006. During his time as a comedian, which included two stints on Saturday Night Live from 1975-1980 and 1985-1995, Franken often made vulgar jokes about women.

Calling the senator “Al Frankenstien,” Trump referred to a 1995 incident when Franken proposed a sketch in which he would appear to drug and rape journalist Lesley Stahl.

.And to think that just last week he was lecturing anyone who would listen about sexual harassment and respect for women. Lesley Stahl tape?

The tweets rekindled chatter about President Trump’s own history, most notably the Access Hollywood that surfaced during last year’s presidential campaign, in which Trump brags about sexually assaulting women. More than a dozen women have also accused Trump of sexual misconduct.

Meanwhile, Trump kept silent for about a week as a growing chorus of Republicans called for Moore, a US Senate candidate from Alabama, to step aside. The Republican nominee has been accused of dating and sexually assaulting teenage girls.

Twitter users were quick to slam the president’s hypocrisy on the issue, with some suggesting he should be impeached.

President Trump, who was caught on tape bragging about assaulting women, still hasn't commented on the allegations against Roy Moore harassing underaged girls, but tweets this about Senator Al Franken pic.twitter.com/FNdOPXi4x7

In addition to being terrible at Twitter, Trump is also a sexual predator, and we are supposedly in the midst of a national reckoning about this very issue. https://t.co/EsYVl3juV5

Trump is the least self-aware sexual predator in the world. pic.twitter.com/9JPGNfmuKU

On Thursday, Sanders said that President Trump found the allegations against Moore "troubling.”

"The president said in his statement earlier this week that if the allegations are true, then Roy Moore should step aside. He still firmly believes that," she said.

White House adviser Kellyanne Conway also appeared on Fox News trying to explain the inconsistency of weighing in on Franken while keeping silent about Moore.

“Al Franken was a brand new news story yesterday, and the president weighed in as he does on the news of the day often enough,” she said on Friday. “The Roy Moore story is eight days old and the president put out a statement during his Asia trip on that.”