TEHRAN, November 18 -The US State Department has authorized the sale of $10.5 billion in Patriot missile systems to Poland, the linchpin of the NATO military alliance’s Eastern frontier against Russia. 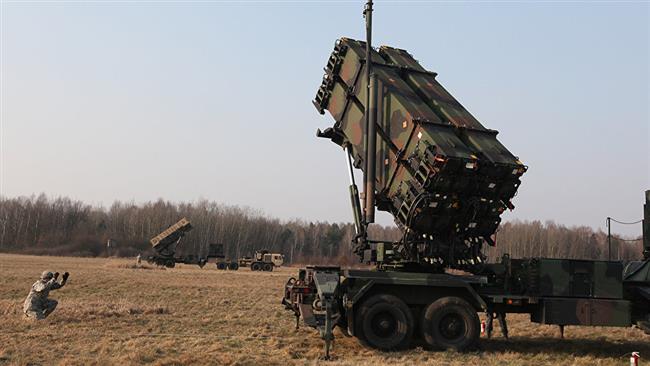 TEHRAN, Young Journalists Club (YJC) -The US State Department has authorized the sale of $10.5 billion in Patriot missile systems to Poland, the linchpin of the NATO military alliance’s Eastern frontier against Russia.

The deal now awaits the US Congress’ approval as it involves the purchase of advanced technology.

Under US law, Congress must be formally notified before the administration can take the final steps to conclude a government-to-government foreign military sale of major defense equipment with a significant value.

According to officials in Warsaw, US lawmakers were likely to let Poland get the missile systems, which are manufactured by US weapons manufacturer Raytheon.

The deal was expected to be accompanied by an undisclosed agreement which could see some technology transfer as well as significant investments in the Polish military industry, Polish media reported.

A State Department official said that the deal would give Poland “greater flexibility” in joint operations with the US and other NATO allies that also possess the missile system.

“Poland’s ongoing efforts to modernize its military provide us with new areas of potential defense cooperation between our two countries,” the unnamed official said.

Poland’s defense minister, Antoni Macierewicz, said earlier this year that he expected a deal on the Patriot systems to be sealed before the end of 2017.

Warsaw has been modernizing its armed forces since 2014, after the Crimean peninsula in neighboring Ukraine was reintegrated into Russia in a referendum.

The central European country last month pledged to increase its military spending from around 2 percent of GDP to 2.5 percent by 2030, in a bid to meet US President Donald Trump’s expectations from NATO allies.

The Polish government sees the deal as a key part of the comprehensive modernization of its armed forces by 2023. Two-thirds of Poland’s military equipment still dates to the Soviet era. Its armed forces have also suffered from decades of under-investment.

The deal can also falls in line with NATO’s military buildup in Eastern Europe against what it considers to be a “Russian threat.” American troops and military equipment have long been stationed in Poland.