TEHRAN, November 18 -Turkey’s purchase of the Russian S-400 anti-aircraft missile system is a "significant concern," a top US Air Force official said, adding that it could affect Ankara's operation of F-35 jets, some 100 of which Turkey is planning to buy. 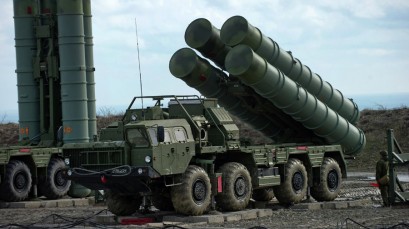 TEHRAN, Young Journalists Club (YJC) -Turkey’s purchase of the Russian S-400 anti-aircraft missile system is a "significant concern," a top US Air Force official said, adding that it could affect Ankara's operation of F-35 jets, some 100 of which Turkey is planning to buy.

Turkish Defense Minister Nurettin Canikli said earlier this week that Ankara had completed the purchase of S-400 surface-to-air missiles. “It is finished, the S-400 missiles have been bought. The rest is just details now,” he said in televised comments, as quoted by Reuters.

The purchase is a major concern for the US, according to Heidi Grant, the deputy undersecretary of the Air Force for international affairs. Such concern comes as Turkey awaits the delivery of its first F-35s in 2018.

Defense News reported that analysts have expressed worry that Turkey operating both the F-35 and the S-400 could compromise the security of the F-35s, as the data collected by the S-400 may expose the F-35's vulnerabilities.

Grant seemed to agree with that logic during an interview with the news outlet on Wednesday, which was given from the Dubai Air Show. “It’s a significant concern, not only to the United States, because we need to protect this high-end technology, fifth-generation technology” but for “all of our partners and allies that have already purchased the F-35,” she said.

There could also be further consequences for Turkey – a fellow NATO member – if it goes ahead with the acquisition of the S-400 system, according to Grant. “As a major NATO ally, we haven’t really looked into this yet...we’re going to have to start looking at, if they are going to go through with this, how we can be interoperable in the future. But right now, I can tell you our policies do not allow us to be interoperable with that system.”

Those comments aligned with remarks made by Gen. Petr Pavel, chairman of NATO's military committee, in October. At that time, he said that Turkey is free to make its own decisions as a sovereign state, but would face "consequences" if it bought the S-400 system.

In July, US Defense Secretary James Mattis also said that S-400 anti-aircraft systems are “not going to be interoperable with NATO systems.” However, Turkish President Recep Tayyip Erdogan lashed out at the critics, saying Turkey doesn’t want to wait for the protection of its NATO allies. “What do you expect? Should we wait for you?” he said.

When the US agrees to export weapons to a foreign country, it requires that nation to sign an agreement allowing the US to do end-use monitoring to ensure it is not being used to compromise sensitive technology or information. According to Grant, that can include anything from a "check on how they are using the technology, who is on the same base with them, [and] access that other countries may have to our high-end technology."

However, the logistics of the F-35 program aren't entirely straightforward, largely because it has always been designed as a partnership among countries which had agreed to help pay for the jet's development and "reap the industrial benefits of building it," as Defense News explained.

Turkey is one of those countries and is involved in the F-35 program on a number of levels, including spending money on the design. Ankara plans to buy some 100 of the jets.

Meanwhile, Turkey's Foreign Ministry confirmed that Ankara has been seeking alternative methods of acquiring defense equipment, citing US delays. “Unfortunately the US has delayed giving us defense equipment we urgently need to fight terrorism because of ‘internal issues,’” an official Foreign Ministry booklet written to inform parliament said, Hurriyet reported on Thursday.

Although the US has long been Turkey's top supplier of defense equipment, the US Senate approved a measure in September which effectively blocked the government from selling weapons to security forces associated with President Erdogan. The move was in response to a brawl that broke out between the leader's bodyguards and pro-Kurdish protesters in Washington earlier this year.