TEHRAN, November 18 - Saudi Arabia has summoned its ambassador in Germany home for consultations over comments by German Foreign Minister Sigmar Gabriel about the political crisis in Lebanon. 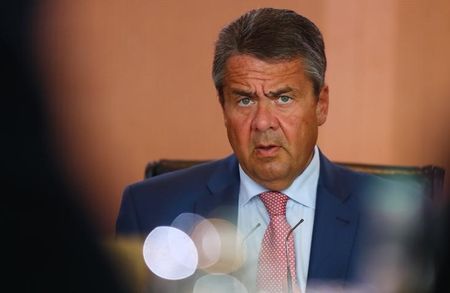 TEHRAN, Young Journalists Club (YJC) - The Saudi foreign ministry said the government would deliver a protest note to Germany's ambassador in Riyadh over what it said were "outrageous and unjustified" comments Gabriel made after a meeting with his Lebanese counterpart.

After a meeting in Berlin with Lebanese Foreign Minister Gebran Bassil, Gabriel told reporters that Europe "could not tolerate the adventurism that has spread there". It was not clear from a Reuters television recording that the remark was targeted at Saudi Arabia.

"Such remarks provoke the surprise and disapproval of the Kingdom of Saudi Arabia which considers them as aimless and based on false information that would not help bring about stability in the region," the Saudi ministry said.

Hariri's abrupt resignation has raised concern over Lebanon's stability. He was due to meet French President Emmanuel Macron in Paris on Saturday. Lebanon's President Michel Aoun said on Twitter Hariri had told him in a phone call from Paris he would be in Lebanon on Wednesday for Independence Day celebrations.

"We are very concerned about regional stability and call on sides to reduce tensions," the statement read. "We aim this message at all actors in the region."

Share to
Related News
‘Who are the traffickers? They are Africans’: Macron loses his cool at Burkina Faso Q&A
Ex-British FM Straw warns about Saudi 'threat' to Lebanon
Tags
Germany ، saudi arabia ، ambassador
Your Comment