US warship collides with boat in Japanese waters

TEHRAN, November 19 - A US warship has collided with a boat in Japanese waters, in the latest of a series of naval incidents involving American military vessels. 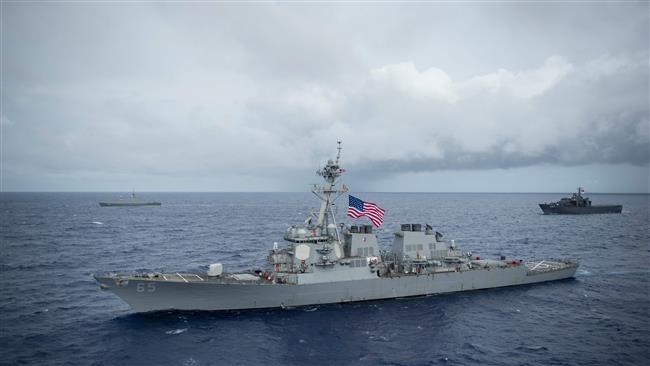 TEHRAN, Young Journalists Club (YJC) - The USS Benfold collided with a Japanese commercial tug boat in Sagami Bay on Saturday, marking the fifth time in the recent past that a ship from the US Navy’s 7th Fleet in the Pacific was involved in a collision.

“No one was injured on either vessel,” the US Navy said, adding that the US guided-missile destroyer “sustained minimal damage, including scrapes on its side.”

“The Japanese commercial tug is being towed by another vessel to a port in Yokosuka,” it said.

The incident is under investigation, it added.

The US had announced recently that new measures would be adopted by its forces to increase naval skills and alertness at sea. The announcement had come after a series of naval incidents this year.

The USS Antietam ran aground off the coast of Japan in January, damaging its propellers and spilling oil into the water.

In May, the USS Lake Champlain collided with a South Korean fishing vessel.

The USS Fitzgerald collided with a Philippine container ship in June, leaving seven US sailors dead.

In August, the USS John S. McCain collided with a merchant ship. Ten US sailors were killed in the crash.

In the wake of the incidents, several of the 7th Fleet’s commanders were relieved of their duties, and Admiral Scott Swift, the commander of the US Navy’s Pacific Fleet, announced that he would retire from his position.