TEHRAN, November 19 -Notorious Hollywood producer Harvey Weinstein had a secret hitlist to quash any potential sex scandal, an attempt that has failed. 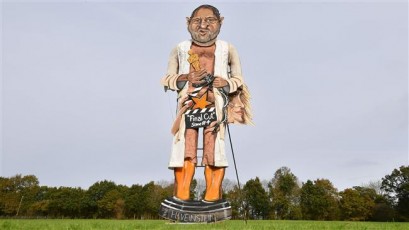 The Observer reported Saturday that it has gained access to previously unknown list, made by Weinstein as part of a strategy to take on accusers.

It contains the names of 91 actors, publicists, producers, financiers and others in film industry, identified by the producer himself.

Weinstein, who has been accused of sexually assaulting and harassing many women, hired a team to look into the list in an attempt to face any claims of sexual abuse by him.

The list was prepared around nine months before October 5, when the New York Times published a series of sexual harassment allegations against Weinstein that made its way to news headlines all across the world.

The 65-year-old’s men were supposed to covertly collect dirt on those mentioned in the list as they might potentially know of claims or come forward with allegations against him.

The hitlist – containing 85 names and an addendum identifying another six individuals -- would tacitly confirm that Weinstein’s sexual misconduct was an open secret in Hollywood.

Among those mentioned in the list is Rose McGowan, who has accused the movie producer of raping her.

Women have recently been coming forward to share encounters of sexual harassment and assault in the workplace, including in the media and entertainment industries and the realm of politics.