TEHRAN, November 26 -A trial which has strained Turkish-U.S. ties before it even started opens this week in New York despite the possible absence of a defendant who Turkey says is cooperating with prosecutors in what it calls “a clear plot” against Ankara. 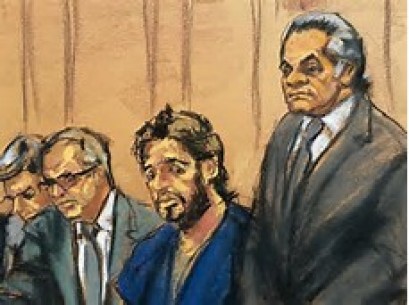 TEHRAN, Young Journalists Club (YJC) -A trial which has strained Turkish-U.S. ties before it even started opens this week in New York despite the possible absence of a defendant who Turkey says is cooperating with prosecutors in what it calls “a clear plot” against Ankara.

Turkish-Iranian gold trader Reza Zarrab, charged with conspiring to evade U.S. sanctions on Iran, has dropped out of sight in the last two months, prompting Turkey’s prime minister to suggest he has reached a plea deal with U.S. authorities.

Zarrab and eight other people, including Turkey’s former economy minister and three executives of Turkish state-owned Halkbank, have been charged with engaging in transactions worth hundreds of millions of dollars for Iran’s government and Iranian entities from 2010 to 2015 in a scheme to evade U.S. sanctions.

Only Zarrab and Mehmet Hakan Atilla, one of the Halkbank executives, have been arrested by U.S. authorities.

Ex-minister Zafer Caglayan, who has not been arrested by the United States and remains in Turkey, is also accused of receiving tens of millions of dollars in bribes from the proceeds of the scheme. The Turkish government has said he acted within Turkish and international law.

Caglayan, Zarrab and Atilla have denied all the charges against them. Victor Rocco, a lawyer for Atilla, declined to comment on the case. Caglayan could not be reached for comment. Halkbank says all its transactions fully comply with Turkish and international regulations.

Turkish President Tayyip Erdogan’s government has said the case has been fabricated for political motives. The tensions it has exacerbated between Ankara and Washington - NATO allies - have hit investor sentiment toward Turkey, and traders say it has also contributed to the lira’s fall to record lows.

U.S. prosecutors claim that the defendants helped Zarrab use his network of companies to supply currency and gold to the Iranian government and Iranian entities, violating U.S. sanctions.

The prosecutors have alleged that the defendants used front companies and fake invoices to trick U.S. banks into processing transactions disguised to appear as though they involved food, which is exempt from the sanctions.

Turkish Prime Minister Binali Yildirim said the charges were baseless, and that Turkey had not violated its own or international laws regarding exports and trade.

Zarrab has been absent from recent court hearings. Last month Atilla’s lawyers said Zarrab, who was arrested in Miami in March 2016, had “essentially not participated” in the case and that Atilla might be the only defendant appearing at trial.

“The defendants in the case are under pressure and being forced to make statements against our country,” Yildirim said, without explanation.

The case is acutely sensitive in Turkey because the prosecutors say a Turkish government minister, Caglayan, was involved in the alleged conspiracy to evade the U.S. sanctions.

In a filing four weeks ago, prosecutors also included the transcript of an April 16, 2013 recorded phone call in which a speaker they identified as Zarrab discussed with another co-defendant his efforts to buy a bank to establish a conduit for Iranian transactions.

Prosecutors said Zarrab and Erdogan, then Turkey’s prime minister, had spoken four days earlier at a wedding. “I explained it that day at the wedding,” Zarrab told the co-defendant, according to prosecutors. “I will go back and will say, Mr. Prime Minister, if you approve, give me a license”.

Erdogan has not been accused of any wrongdoing, but has repeatedly expressed frustration with the case.

“You arrest the general manager of my bank when there are no crimes, try to use my citizen (Zarrab) as an informant, try him without having anything against him,” Erdogan said in a speech to provincial governors on Oct. 12, in an apparent reference to the U.S. prosecutors.

After details of the Turkish prosecution were leaked in 2013, several prosecutors were removed from the case and police investigators were reassigned. Erdogan branded the case an attempt by Gulen’s supporters to undermine his government and the investigation was later dropped.

Cavusoglu said the two legal cases were “exactly the same”, and showed the extent to which Gulen had infiltrated American state institutions, including its judiciary.

Gulen denies involvement in the failed 2016 coup or any other attempts to undermine Erdogan and his government.

The Zarrab case is one of several festering disputes between Ankara and Washington, which disagree over U.S. support for Kurdish fighters in Syria and suspended visa services after the arrest of a locally employed U.S. consulate worker in Istanbul last month.

In a speech on Wednesday, Yildirim highlighted the economic fallout from the court hearings, saying they had “come to the point of harming Turkey and our global economic ties”.

Investors are nervous. Turkish bank shares have fallen more than 13 percent in November, nearly twice the decline of the broader Istanbul market.

Share to
Related News
Tom Hanks: 'If you're concerned about what's going on today, read history'
'I thought that was sacred’: White House chief of staff rips media over coverage of Gold Star call
Harvey Weinstein expelled from Academy of Motion Pictures
Six killed in explosion at illegal gold mine in Colombia
Tags
Gold ، trader ، Turkey relations
Your Comment