TEHRAN, November 27 - Vietnam’s biggest brewer Sabeco SAB.HM has received a strong response from potential suitors at an investors’ roadshow in Singapore, its chairman said, as the government moves closer to finalizing a stake sale in the $9 billion maker of Bia Saigon and 333 brews. 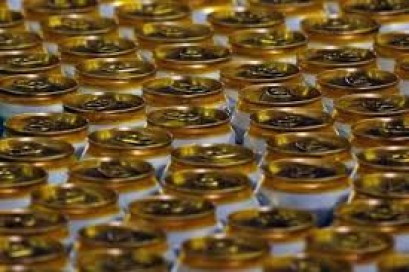 TEHRAN, Young Journalists Club (YJC) -Vietnam’s biggest brewer Sabeco SAB.HM has received a strong response from potential suitors at an investors’ roadshow in Singapore, its chairman said, as the government moves closer to finalizing a stake sale in the $9 billion maker of Bia Saigon and 333 brews.

Vo Thanh Ha said the government is due shortly to publish details of a divestment plan for its nearly 90 percent stake in Saigon Beer Alcohol Beverage Corp, as the brewer is formally called, as part of a lengthy fund-raising exercise.

The sale has attracted interest from brewers seeking access to one of Asia’s most-promising beer markets, which is already the second-most profitable for Dutch brewer Heineken NV (HEIN.AS). Vietnam’s per capita beer consumption is forecast to become one of Asia’s highest within the next couple of years.

The sale could also provide a template for more planned privatizations including that of peer Habeco BHN.HM.

“We met a number of very high-profile investors – strategic investors and industry players,” Ha said in an interview in Singapore.

“We’ve received very good feedback from investors that they consider Sabeco as an extremely good company with high potential to grow,” Ha said, in comments translated from Vietnamese by an adviser for the roadshow.

Attendees at the Singapore roadshow included representatives of Japanese pair Kirin Holdings Co Ltd (2503.T) and Asahi Group Holdings Ltd (2502.T), said Ha, who has been chairman for two years. He said representatives of Vietnam’s Ministry of Industry and Trade were also present.

“The divestment is on schedule. The government will be publishing the plan to divest very soon,” said Ha, speaking in a private bus en route to Changi Airport.

The roadshow will next move to London and Ho Chi Minh City this week.

The government said this month it aims to complete a stake sale in December, though it has yet to disclose a size or price. Complicating the process is a near-trebling of Sabeco’s share price over the past year to 318,800 dong ($14), compared with a 40 percent rise in the benchmark index .VNI to 10-year highs.

“The price is determined by the market,” said Ha, when asked to comment on the surge.

Sabeco expects the introduction of premium products to help it maintain a market share of 40 to 42 percent over the next two or three years, Ha said.