New conspiracies against Iran on the way in post-ISIL era: Maleki

TEHRAN, November 28 -Sadeq Maleki , political analyst believes post-ISIL era won’t be less than the actual military combat and new political and military conspiracies against Iran and the region under various covers are on the way. 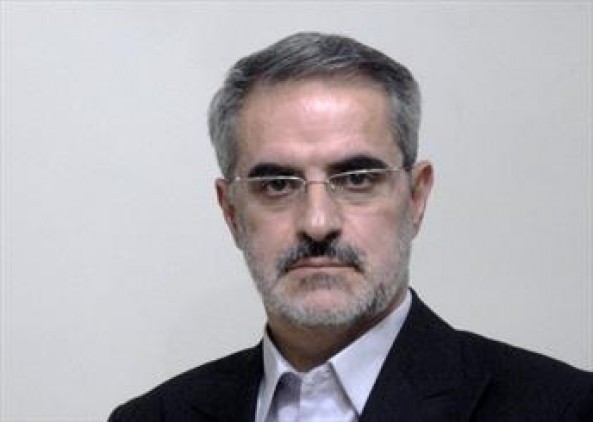 TEHRAN, Young Journalists Club (YJC) -Sadeq Maleki , political analyst believes post-ISIL era won’t be less than the actual military combat and new political and military conspiracies against Iran and the region under various covers are on the way.

Islamic Republic of Iran declared 'victory' over the ISIL terrorist group in Iraq and Syria as the Takfiri group cling to just a few remaining scraps of territory.

Iran beside Russia is one of the main international backers of Syrian legal government to fight ISIL on the ground in Syria and Iraq.

We reached out to Sadeq Maleki , enior political analyst and expert on regional affairs to shed more light on the significance of this victory and post-ISIL era.

Following is the text of interview with him:

How do you evaluate the ultimate victory against ISIL terrorists?

This great victory, more than anything else, was a result of Iran's resolute, strategic, and timely decision to fight against this degenerate and devious terrorist group. If it had not been for this understanding and resolve, today the Assad government would have collapsed in Syria, a major part of Iraq would have been under ISIL control and the Lebanese government would have been in danger of being overthrown, not to mention the increasing threats along the Iranian borders. Iran was a sincere friend of Iraq and Syria through the hard days, and I hope that these days will not be forgotten by the sweet taste of victory now.

After the victory of Afghanistan’s mujahideen fighters, some of them not only forgot Iran’s help in the course of their fights, but also joined the groups which were hostile against us. With Iran’s knowledge of past experiences, and wisdom of the Iraqi and Syrian leaders, what happened in Afghanistan should not be allowed to repeat in Iraq and Syria towards our country.

Prioritizing or creating equal conditions for the presence of Iranian companies in the reconstruction of Iraq and Iran (along with improving the quality of services on the Iranian side) can serve as a safeguard for the future of Tehran's strong relations with Baghdad and Damascus.

How do you evaluate the post-ISIL era?

The post-ISIL will be another stage of the fight, the difficulties of which will be no less than the actual military combat. The end of ISIL will be fraught with ups and downs that can be overcome only through unity and national consensus.

Just as in diplomacy, new areas are being used by the US to exert pressure on Iran, on the battleground too various fronts are being utilized that can only be overcome by unity.

The point is that safeguarding national interests is a sustainable and non-partisan principle beyond any reformist or principlist sentiments. The two sides of diplomacy and military of Iran are the heroes in the same front whose presence has brought further honor and dignity for the country. This achievement has not come easy and should be preserved with vigilance and wisdom.

Another point is that while ISIL has been militarily defeated, its ideology and social context still live on. It is rather naïve to assume that emergence of ISIL was only restricted to the presence of the ten thousand militants and the imported international terrorists, or the US plots.

ISIL has a social base in Iraq and Syria and will continue to hold onto this base. Cultural work is needed to change this context. After fighting ISIL, Baghdad and Damascus should focus on an approach based on national reconciliation.

The causes and grounds for the emergence of ISIL should be explored and strategies and plans for restoring peace and uniting people should be taken into consideration. Peace in Iraq and Syria will be sustained not through a military victory, but through logic and rationality that have overcome the sectarian viewpoints.