TEHRAN, November 28 - Mustafa(pbuh) Science and Technology Foundation (MSTF) held the press conference of the ceremony which is set to start on December 1. 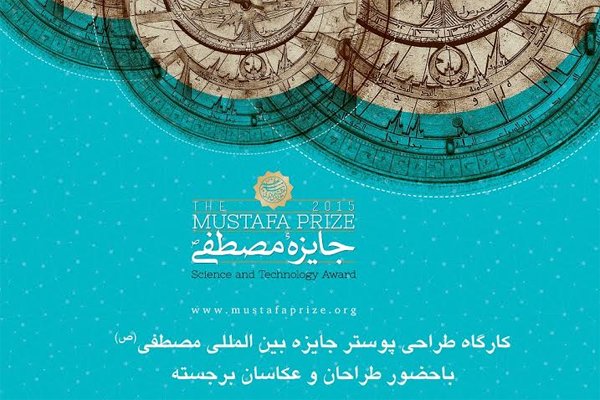 The press conference was held at the Institute of Culture, Art and Architecture in Tehran, where the three highlighted the main assessment committee policies for evaluating the scientific works of the nominees.

At the beginning of the session, Hassan Zohoor noted that the nominees were elected among 700 Muslim scientists, 200 scientific institutes and organizations in the Islamic world.

“In the three specialized fields of the Mustafa(pbuh) Prize, the nominees should be Muslim and frequently travel to their home countries, but they do not have to be necessarily Muslim in the fourth general field which includes top scientific achievements in all areas of science and technology. However, there would be no other limitations regarding gender, religion and age,” he said.

This is while, 363 international institutes, 51 Islamic countries and 1622 scientists from 28 countries have attended the nomination process of 2017 Mustafa(pbuh) Prize, according to Zohoor.

Amongst the main criteria taken into consideration have been the prominent role of the attended scientists, owning at least one special scientific work and regional as well as global influence.

Moreover, Hamidreza Rabiee described the role of policy-making council as proposing general criteria and introducing measures by the Islamic centers of the world to be taken into consideration by local and international workgroups of the Mustafa(pbuh) Prize.

“Information and Communication, Science and Technology of Mustafa(pbuh) Prize jury includes 7 international members, together with 2 Iranian representatives, and international counsellors,” he said.

Director of Information and Communication Science and Technology of the Mustafa(pbuh) Prize noted that the counselling group comments on the scientific works and scientifically investigates the nomination process. However, the members of the Mustafa(pbuh) prize policy-making council are among the well-known scholars of the universities in Europe and the Islamic world countries.

Sami Erol Gelenbe, (born 1945, Turkey) a computer scientist, electronic engineer and applied mathematician at Imperial College, London, UK, and M. Amin Shokrollahi, (born 1964, Iran) a Professor of Math and Computer Science who has worked on a variety of topics including coding theory and algebraic complexity theory, are the two laureates introduced by Rabiee to the international reporters present at the press conference.

The 2017 Mustafa(pbuh) Prize is going to be granted to Gelenbe due to his pioneering research on “Modeling and Performance Evaluation of Computer Systems.” He invented the random neural network and the eponymous G-networks or Gelenbe Networks as a model for queueing systems.

And Shokrollahi is also to be prized in the field of Information Theory in recognition of his outstanding work on Communications (Raptor Codes). The world's most advanced forward error correction (FEC) code for data networks, Raptor codes invented by Shokrollahi in 2001, provide protection against packet loss by sending additional repair data used to reconstruct "erased" or "lost" data.

Moreover, Saffarinia stated: “Mustafa(pbuh) Prize ceremony is the most significant part of the Foundation’s volumes of programs. Nevertheless, the MSTF has other considerable activities in different levels which go beyond the prize.”

The third meeting of STEP (the Science and Technology Exchange Program) will be held simultaneously with the ceremony of awarding Mustafa Prize in Tehran.

Meantime, KANS (Knowledge Application and Notion for Society) Forum is one of our other programs that is organized for students, and the works contribute to the “environment, health, energy, economy, Islamic banking and information and communication technology”, according to Saffarinia.

Along with the Mustafa(pbuh) Prize ceremony in 10 universities of the country, there will be scientific programs, during which time Iran will host 90 scientists from 30 countries.

Further, science and technology conferences are among the other programs of the foundation which was held in Iran and Malaysia in the years 2015 and 2016, respectively.

Furthermore, it is set to be held during the week of the present ceremony in Tehran this year.

On the other hand, Saffarinia emphasized on the endowment process of the establishment and operation of the Foundation, and announced that major scientific works as well as international investors are to be introduced on December 3rd.

“Mustafa(pbuh) Prize is a scientific award granted to scientists biennially. The foundation’s activity was launched in Tehran and we have no formal political relations with any country. We have only scientific interactions and we hardly try to interact with scientists throughout the world. Ultimately, we have no cooperation or development regarding politics,” President of MSTF continued.

The prize will be awarded in four categories, namely “Life Science and Medical Sciences,” “Nanoscience and Nanotechnology”, “Information and Communication Science and Technologies” and “Top Scientific Achievement in other fields”

The Mustafa(pbuh) Prize policy Council, tasked with supervising various procedures of the event is comprised of high-profile universities and academic centers of OIC member states. The prize will be granted to the works which are deemed to have improved human life and made tangible and cutting-edge innovations on the boundaries of science or have presented new scientific methodology.

This is while, laureates in each section will be granted $500,000, financed through the endowments made to the prize. The laureates will also be commended with special medals and certificates.