TEHRAN, December 2 - The Syrian army has fired at least four surface-to-air missiles at Israeli aircraft as the regime launched an attack against the western countryside of Syria’s capital Damascus, reports say. 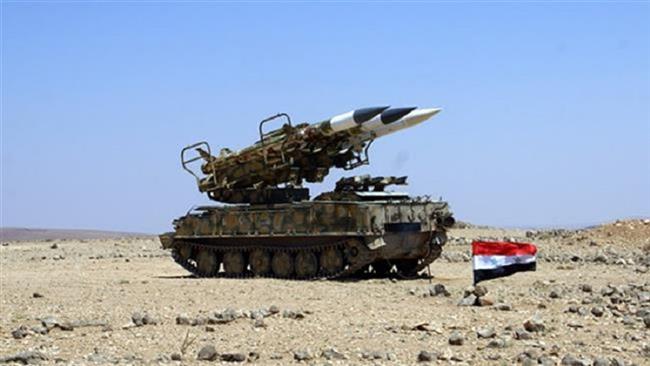 The source added that an Israeli fighter jet was flying at a low altitude over Lebanon’s Baalbek region near Syria's border when the Syrian missiles were launched.

The news agency, citing an unnamed military source, reported that a number of Israeli missiles were fired toward the 1st Division ammo depot in the western countryside of Damascus, adding that the Syrian Air Defense managed to intercept some of the projectiles before hitting their designated target.

However, some of the missiles hit their intended target, causing loud explosions near the towns of Kesweh and Sahnaya, the source further added.

Over the past few years, the Israeli military has launched sporadic attacks against various targets on Syrian soil, in assaults slammed by Syria as attempts to boost the terror groups wreaking havoc on the country.

On September 7, at least two Syrian soldiers were killed after Israeli fighter jets targeted an army position in the west-central province of Hama, just days after the Syrian army broke the siege imposed by the Takfiri Daesh terror group on the eastern city of Dayr al-Zawr.

On several occasions, the Syrian army has also confiscated Israeli-made arms and military equipment from terrorists fighting the government forces. Israel has also been providing medical treatment to the extremist militants wounded in Syria.