TEHRAN, December 4 - CIA Director Mike Pompeo said Saudi Arabia is working directly with Israel on confronting "challenges" in the Middle East, suggesting that the two sides could go as far as setting up "a joint military headquarters." 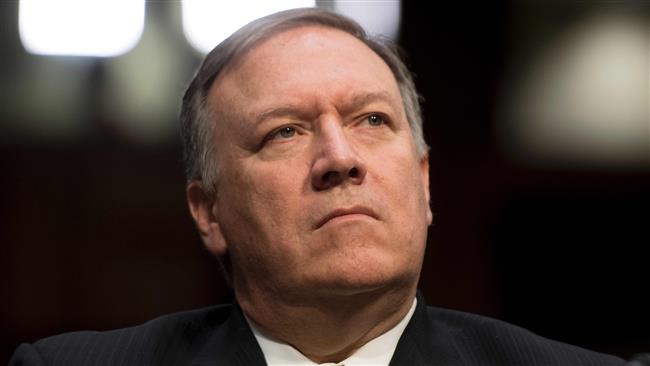 TEHRAN, Young Journalists Club (YJC) - Speaking at the Reagan National Defense Forum in California, Pompeo cited Daesh, Iran and "failed states" as posing a challenge to both Saudi Arabia and Israel, advising the two sides to develop their relationship.

“We’ve seen them [Saudis] work with the Israelis to push back against terrorism throughout the Middle East, to the extent we can continue to develop those relationships and work alongside them – the [Persian] Gulf states and broader Middle East will likely be more secure,” he said.

“It is incredibly important that in the Middle East, where we have failed states, where you have ISIS, where you have Iran, that we have got to develop a stronger coalition of countries that are willing to work together to confront these challenges,” he added.

Both Israel and Saudi Arabia are alarmed by the growing power of Lebanon's Hezbollah movement which has been key to breaking the grip of Takfiri terrorists and other militants on territories in Iraq and Syria.

Pompeo called for building "a strong coalition that can operate – frankly I think with a joint military headquarters that can... target the terrorists in that region, that can basically work together to try to provide stability.”

Saudi Arabia's closeness to Israel has come in the wake of Riyadh's aggressive policies under its new rulers who have launched a destructive war on Yemen.

The kingdom has also ratcheted up its hostile rhetoric against Iran, threatening to draw a possible future conflict inside the Iranian territory.

Saudi Arabia has further been associated with Takfiri groups wreaking havoc in Syria and Iraqi for years.

With Daesh almost eliminated, the US, Israel, Saudi Arabia and their allies are said to be shoring up Nusra Front terrorists in Syria.

“We have ties that are indeed partly covert with many Muslim and Arab countries, and usually [we are] the party that is not ashamed,” he said in an interview on Army Radio.

Yaacov Nagel, who stepped down as Israeli Prime Minister Benjamin Netanyahu’s internal security adviser earlier this year, said Saudi Arabia was ready to sacrifice Palestinians and their demands for closer ties with Israel.

Netanyahu, however, has said his regime had ties with the Arab world, and that the relations were improving.