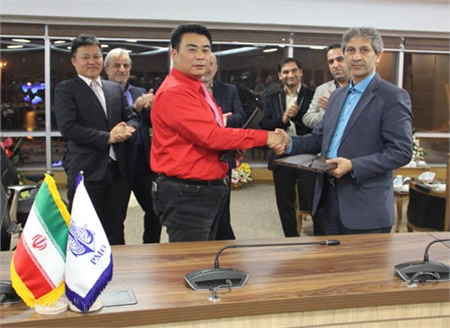 The South Korean company would make $500 million investment in the Iranian port, based on the MoU.

South Korea would carry out navigation and port activities in Noshahr Port based under plans approved by Iran’s Ports and Navigation Organization and rules of the Islamic Republic of Iran, Enzan-Pour said.

The South Korean company should take necessary steps to demand investment permit from Iran’s Investment Organization and Iran’s economic and technical support within a month.