TEHRAN, December 9 - A senior political expert and activist based in the US city of Atlanta praised Leader of the Islamic Revolution Ayatollah Seyed Ali Khamenei’s letters to Western youths and said the letters challenge them to rebuild bridges of peace to Iran and Islam. 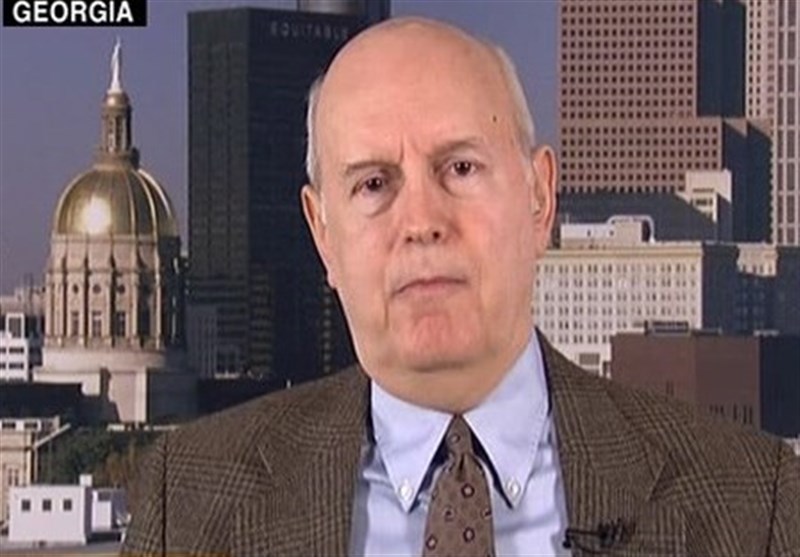 TEHRAN, Young Journalists Club (YJC) - “Ayatollah Khamenei challenges young Westerners to rebuild the bridges of peace to Iran and Islam that their parents’ generation burned down,” Jim W. Dean said in an interview with the Tasnim News Agency.

Jim Dean is the managing editor of VeteransToday.com and a regular geopolitical commentator on various media outlets around the world. He and Sr. Editor Gordon Duff have begun their own bridge building campaign with Iranian university youth via Skype conferences. Jim comes from an old military family going back to the American Revolution.

Tasnim: As you may know, on November 29, 2015, Leader of the Islamic Revolution Ayatollah Seyed Ali Khamenei wrote a second letter to the young people of the West in a bid to acquaint them with true Islam and facts about those behind the formation of terrorist groups in the Middle East region that have committed heinous crimes under the name of Islam. The letter was released after terrorist attacks in Paris that year, which was claimed by the Daesh (ISIS or ISIL) Takfiri group. In your opinion, what effect has the letter had in helping the Western public opinion to differentiate between the true Islam and the Takfiri Islam?

Dean: That is very hard to judge as young people do not have the resources or organizations to compile much less to publish what their thoughts are to a wide audience. And where resources come forward, one must be careful they are not a Trojan Horse to impose ideas on them. Young people are facing a multitude of challenges in today’s world. Unless the current wave of terrorism has touched their lives directly, their focus quickly goes back to their own daily problems, including having a questionable work and financial future upon which enjoying the fruits of life are based, other than spiritual ones. It will take a well-organized and sustained youth exchange program, where Western and Iranian young people get to talk about their futures together. And I do not mean one-shot conferences where all go home never to see one another again, but the kind of ongoing exchange environments that build lasting friendships, trust, and social growth. Young people can teach each other things more quickly than adults can, but there must be adult guidance to create the bridge-building design which both young and old build together, so it will still be the creation of the living when the elders are gone. The Ayatollah has begun the process with his extremely well-presented concerns, and his challenge to the young people. Ayatollah Khamenei challenges young Westerners to rebuild the bridges of peace to Iran and Islam that their parents’ generation burned down.

Tasnim: In the second letter, Ayatollah Khamenei has pointed to a phenomenon named “silent violence”. What is the most important way to counter the threat, which has targeted domestic cultures and aims to impose Western culture on nations around the world?

Dean: This “silent violence” was quite an original term to inject into this conversation. When diplomatic people are going to be posted to a new country with which they are unfamiliar, they go through a formal educational process with heavy emphasis on learning a lot about the social culture as an absolute necessity to be successful at their work by being well-versed on their customs. He was focusing on the unbridled content of everything under the sun that is available on the internet, in addition to this general idea that content providers feel they have a right to put anything they want in front of anyone using the Internet, which has been a blessing but also becoming a curse to us. While in the West, the biggest concern has been the fear of massive government surveillance, in the East the concern list is much longer, but always at the top of the list is not wanting an outside culture imposed upon them, especially on their children. There are those in the West just as concerned. In the US, we had a homeschooling phenomenon emerge among parents that were initially viewed as on the fringe of society. They did not want their children indoctrinated into what they considered government propaganda schools. And this even extended to wanting control over which other children were around theirs to defend them from learning bad habits. Homeschoolers in the West are mainstream now, with high test scores, winning military academy appointments, and becoming model citizens. Just like the Ayatollah is concerned about having an outside culture imposed upon Iran, so were these American parents concerned about such with their children and our society in general. One concern is that teenagers here are already being diagnosed with smartphone addiction.

Tasnim: In your opinion, how much has the Leader's letter been successful in enlightening the public opinion about what is going on behind the scenes of the Western xenophobic policy that has been materialized today in the form of hatred against Islam and Muslims?

Dean: I am afraid the impact is limited because the Islamophobia propaganda is well-funded and promoted by the Deep State actors behind the scenes. But there is hope for the future. Five years ago, Veterans Today was a lonely voice when we began promoting the Fake Media concept, not as an aberration, but as part of a planned campaign to dumb down the public to make it more “manageable”. We knew that Intelligence agencies were investing in it heavily, considering it a national security issue to be able to control the public enough to guarantee its supporting government actions. This involved a dual-track approach; first being able to hide truths that would anger the public, and then also being able to create false opinions via carefully crafted propaganda campaigns. This process was even given an academic name, “perception management”. The term “Islamic terrorism” is a perfect example of perception management. No such thing really exists. It is an intelligence agency psyops creation. It was done on a huge scale, involving what television series topics get aired, movies, etc, with a major focus on who is writing the scripts. This is an area where a select tribal group of people have had an inside advantage and have used it extensively. The good news is there is a growing concern about this, even on a larger scale of seeing American institutions taken over via what is called “tunneling” in the intelligence world, where it is not seen by most of the public so there is no resistance. More people are developing a 6th sense to recognize where someone is trying to manipulate them, and they are educating themselves on the tools being used, the newest being social media.