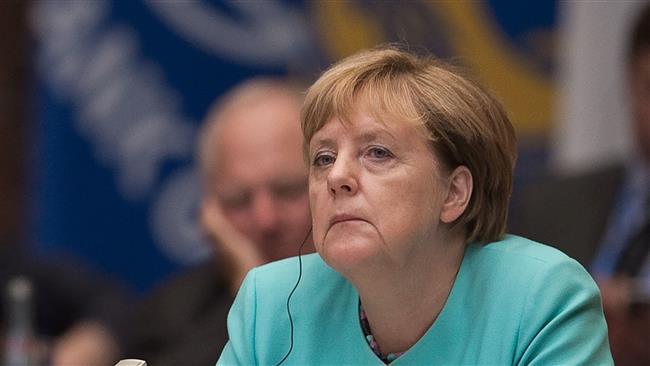 TEHRAN, Young Journalists Club (YJC) - "I favor quick talks. And I think a stable government is the basis on which we can work best with France and for Europe," said Merkel following a meeting of her Christian Democratic Union party.

"I am not exaggerating when I say that the world is waiting for us to be able to act," she added.

Merkel's remarks come just a few days after, the chairman of the Social Democratic Party called party members to support him on forming a "grand coalition" with Chancellor Angela Merkel's party.

Negotiations between the two parties are scheduled for Wednesday.

The SPD initially refused to enter a new coalition with Merkel's part butlater changed their mind after the Christian Democrats’ coalition talks with two smaller parties fell through.

The political uncertainty in Germany is a result the September vote in which Merkel’s party lost their parliamentary majority.

"A minority government would, in any case, of course not be a stable government," Merkel concluded.